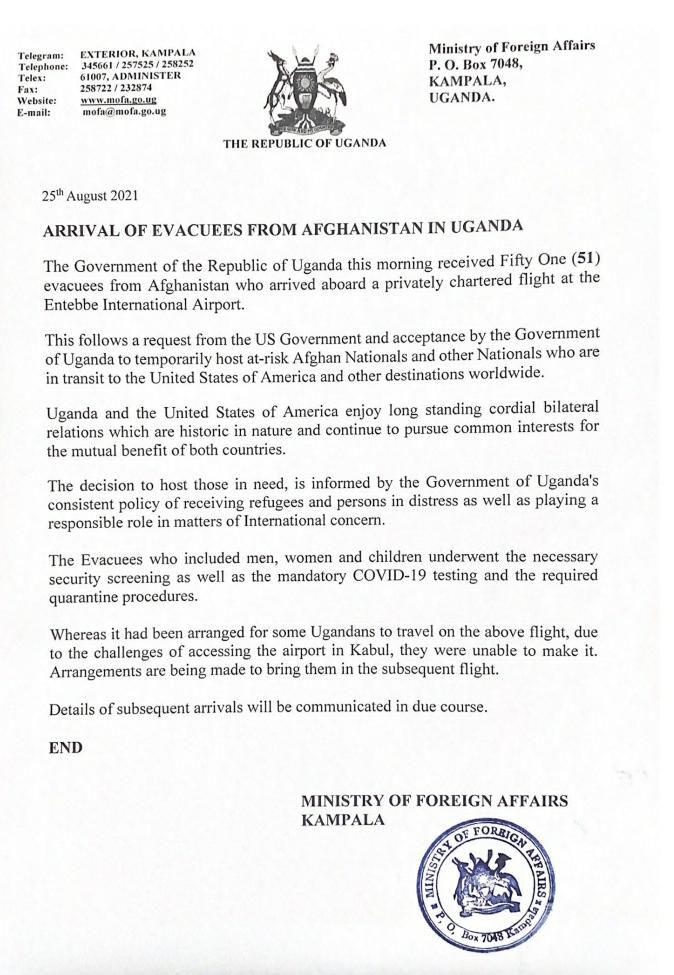 Government has this morning received Fifty-One (51) evacuees from Afghanistan.

The group which arrived aboard a privately chartered flight at the Entebbe International Airport does not include Ugandans who have been living in Afghanistan.

A statement from the Ministry of Foreign Affairs indicates that the Ugandans could not make it to the airport in Kabul on time.

“Whereas it had been arranged for some Ugandans to travel on the above flight, due to the challenges of accessing the airport in Kabul, they were unable to make it. Arrangements are being made to bring them in the subsequent flight” a statement from the foreign affairs ministry says.

The arrival of the refugees follows a request from the US Government and acceptance by the Government of Uganda to temporarily host at-risk Afghan Nationals and other Nationals who are in transit to the United States of America and other destinations worldwide.

The decision to host those in need is informed by the Government of Uganda’s consistent policy of receiving refugees and persons in distress as well as playing a responsible role in matters of international concern.

The Evacuees who included men, women, and children underwent the necessary security screening as well as the mandatory COVID-!9 testing and the required quarantine procedures.