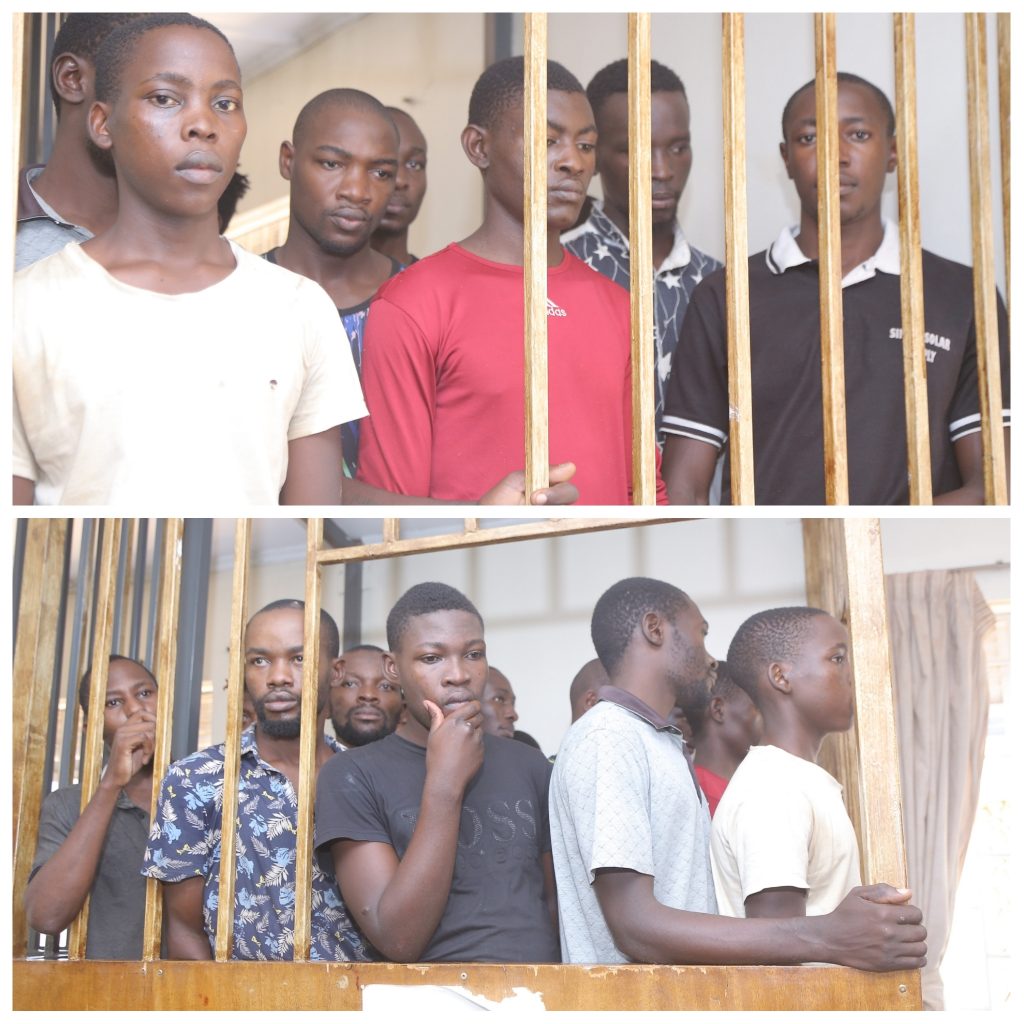 15 suspects have been charged at the court-martial in Makindye with various counts following their arrests by the task team investigating a self-styled anti-government rebel group, The Uganda National Coalition for Change (UNCC).

CP Enanga Fred Police Spokesperson told the media on Monday morning that while at diverse places in Uganda, the DRC, and in Tanzania, the suspects allegedly formed a rebel group named the Uganda National Coalition for Change (UNCC), with the intention to overthrow the government of Uganda through the use of force of arms.

It is alleged that the suspects opened up rebel camps in Wabunyira, Kikandwa, and Kabosi village from where they attacked, killed, and also maimed Law Enforcement Officers.

The deceased include; CPL Okech Alfred, CPL Nsubuga Francis, PC Kigongo Moses, SPC Ddimba Francis, while the maimed included; Pte Okiror David and Pte Okirima Emmanuel. They also robbed 5 guns during the deadly attacks, out of which, 3 guns have been recovered, and two are still missing.

They are being charged with 12 counts of; Treason, Concealment of Treason, Terrorism, Aggravated Robbery (4 counts), murder (4 counts) and the illegal possession of firearms.  This leaves a balance of 18 suspects who are also being processed for court.

According to Enanga, the Joint Security Agencies remain committed and determined to keep Ugandans and other citizens in the country safe, from such threats of violent extremism.

“We shall continue to pursue all remnants of the rebel outfit including their sponsors and collaborators, and hold them accountable for these acts of violence, impunity and lawlessness” said Enanga.