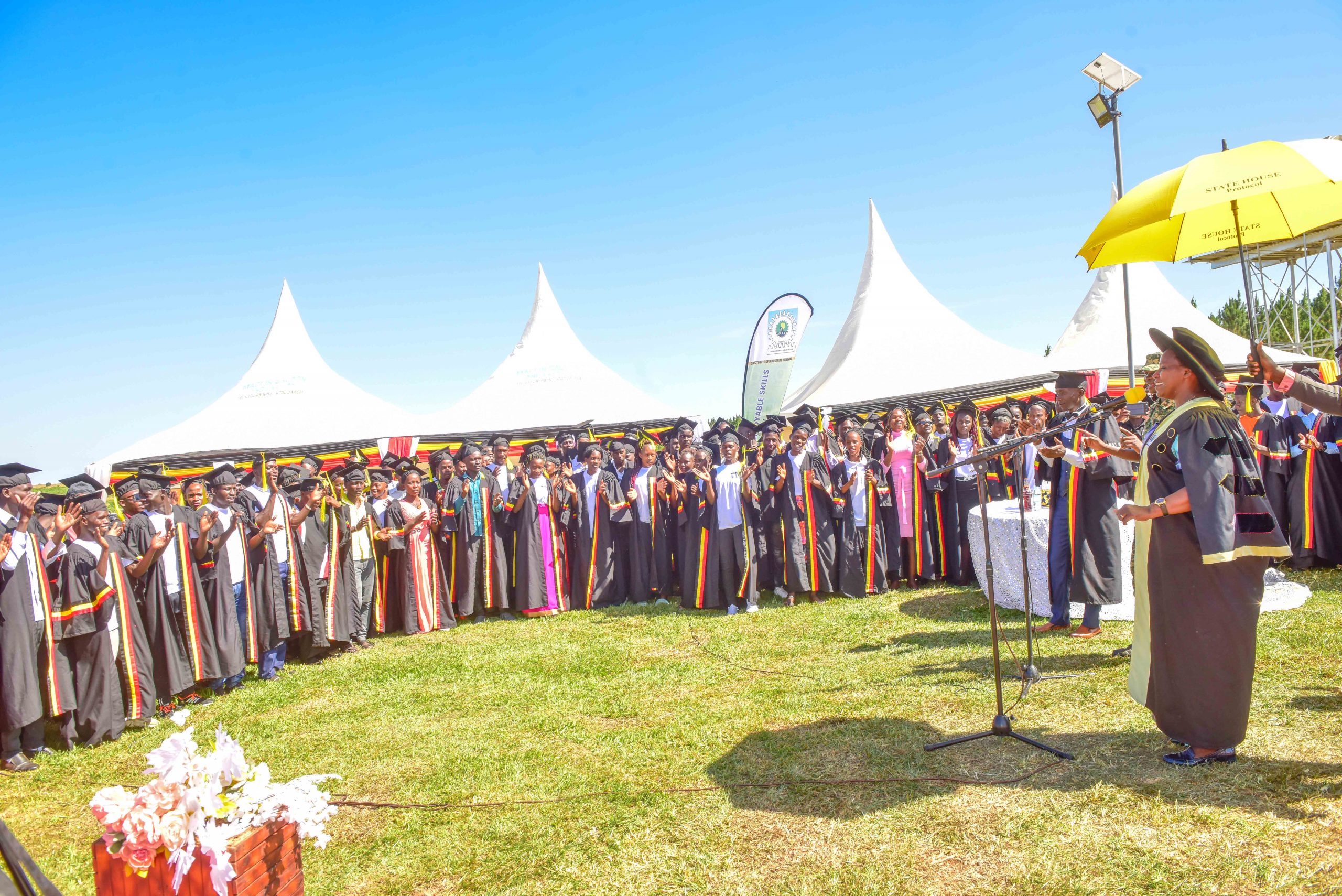 Youth in Bunyoro sub-region have been advised to be job creators rather than job seekers.

The call was made by the State House Comptroller, Jane Barekye who noted that it will help them to create wealth and employ other Ugandans thus reducing unemployment rates in the country.

“H.E. the President has a vision of scaling down unemployment rates, especially among the youth and stimulating industrial production in the country through Zonal Industrial Hubs. Please make his vision come true by using your acquired skills to create jobs that will transform Uganda’s economy,” Barekye said.

“I would like in a special way to thank the President for being a Visionary leader with a fatherly heart who has managed to evenly distribute government resources in the country for instance; we have 20 hubs spread across the country. He did this to ensure that every Ugandan benefits equally from the initiative,” she added.

“Under the PDM program, 30 percent of the funds were allocated to the youth. Therefore, I request you to embrace it to improve your livelihoods. I also request you leaders to help guide the youth on how to access such funds,” she said.

The State House Comptroller also encouraged the beneficiaries to put the acquired skills to good use in order to help Uganda achieve the desired socio-economic transformation.

“The President realized that life does not stop at degrees only, you can earn from your hands even when you’re not educated and it’s the very reason, he initiated the Zonal Industrial Hubs to skill you irrespective of your academic background. Now use those skills to change your lives, your families and the economy of Uganda.”

She also reminded Bunyoro leaders that transforming the country’s economy is a collective responsibility, which they all need to undertake if they wish Uganda well.

“As leaders, you should also help some of our graduates to join the government-owned Kigumba Petroleum Institute for upskilling. The Institute needs welders, but it failed to get the required numbers in Uganda so it opted to source them from Kenya. Since these ones are already skilled, they will come out of the institute with jobs. You should join hands to ensure that our learners get jobs in the petroleum sector,” she noted.

Hon. Florence Asiimwe Akiiki, the Masindi District Woman Member of Parliament prayed for President Museveni to have a long life so that Ugandans continue to benefit from his exemplary leadership.

She also advised the graduates that when they join the money economy, they should be humble with good customer care if they are to grow their businesses.

Hon. Aled Ronald Akugizibwe, the Buruuli County legislator also appreciated the President for his visionary leadership that enabled him to set up-skilling centres for the youth.

“Go out there and make the President happy by putting your skills to good use,” he said.

Hon. Akugizibwe also called upon members of the Legislature and Executive to work together and come up with startup capital/kits for the graduates that will help them become job creators and put their skills into practice.

“The fact is these people may have skills but if they don’t have what to use,  their skills will go to waste.”

Prince Daudi Chwa Minister of Investment, Bunyoro Kitara Kingdom commended President Museveni for equipping Bunyoro youth with employable skills through the Industrial Zonal Hub. He said such skills will help the beneficiaries to better their lives in society.

“Hands-on skills being offered by the hub are very important. All of us cannot afford to go to universities so the President’s idea of setting up these industrial hubs to skill our vulnerable youth is excellent. With the skills acquired, we are very sure,  these graduates will not remain the same in society,  they will greatly transform our country.”

Eng. Raymond Kamugisha, the Director of Presidential projects and Industrial hubs at State House highlighted the criteria followed to select trainees. He said the beneficiaries were selected based on their willingness and they were supposed to be between 18 to 35 years of age regardless of their academic backgrounds.

“Every sub-region has an Industrial Hub and the purpose is to skill people in their respective local languages. We admit people by will as long as you are ready to learn, you are welcome to this hub. We don’t mind whether you know English or not; the instructors here are your children from Bunyoro, and they can teach in the respective local language,” Eng. Kamugisha said.

“The President in his wisdom saw that if I don’t know English because I didn’t get an opportunity to go to school,  it shouldn’t stop you from being a good welder or carpenter. The level I Certificates you have acquired today are equivalent to Senior Four. Level II is equivalent to someone who has done Senior six so when you do level two, you are eligible to contest for a Member of Parliament seat. So with DIT around, we should not have challenges in parliament that someone is disqualified because of academics, let them come here at the hub, we assess them if they qualify,  they go and contest.”

She added that 11 trainees dropped out due to chronic diseases such as asthma, sickle cells and ulcers and therefore they successfully registered 209 students (101 males and 98 females) for the Directorate of Industrial Training (DIT) assessment.

“I thank H.E Yoweri Museveni Kaguta for skilling the youth. This is the best way of bringing them into the money economy,” Turyahebwa said.

The successful beneficiaries who received DIT level I Certificates upon completion of the training acquired skills in tailoring, carpentry, welding, and hairdressing.