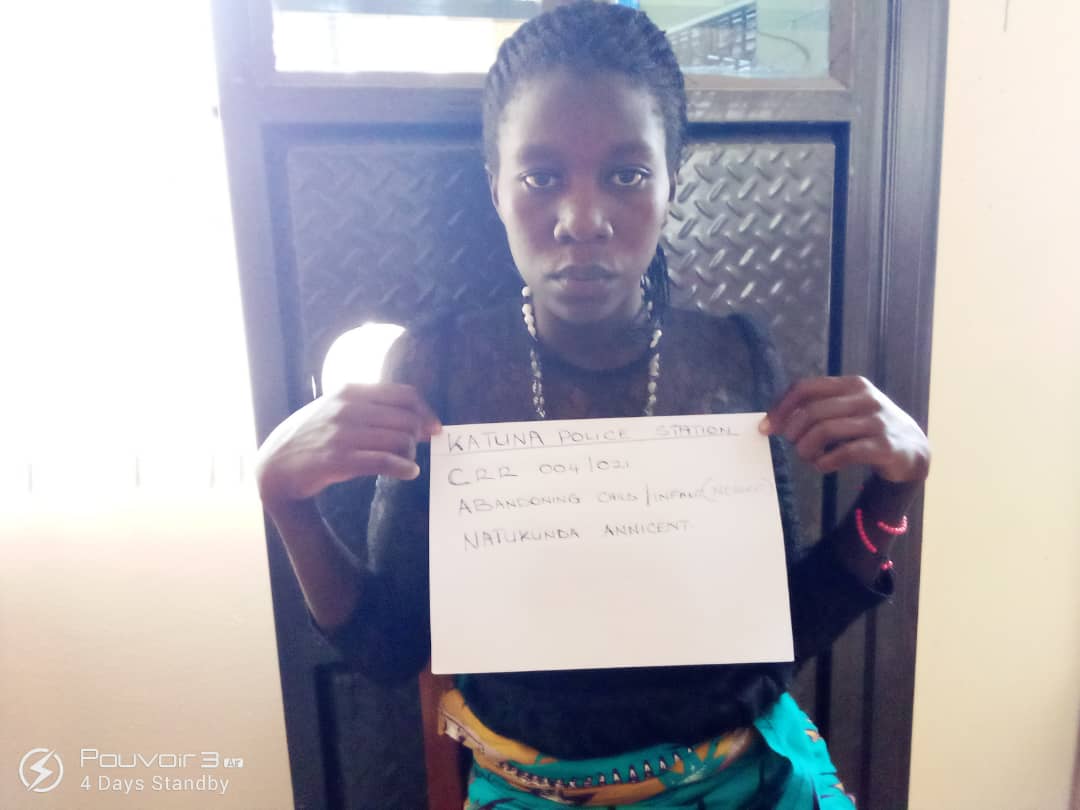 Police in Kabale has on Tuesday afternoon arrested a 20 years old woman for allegedly abandoning her child after birth.

Elly Maate the Kigezo Regional police spokesperson says Natukunda delivered a baby boy on Monday 22/02/2021 at around 16:00 hrs from a cassava garden and abandoned it there unnoticed.

The child was later recovered by one Sanyu Asumpta a VHT and resident of Ruhita village Kibuga parish Rubaya s/c who found it wrapped in a polyethene crying. She picked and wrapped the baby in kitengi piece of cloth and took it to police at Katuna.

The OC Katuna rushed her to Kamuganguzi health centre III where it was given first aid by cutting the umbilical code, after which they proceeded to Kabale police station and was later taken to Rugarama hospital where the baby is being cared for.

On Tuesday afternoon, local residents called the police informing them to have identified the person who delivered and abandoned the child and was arrested.

Natukunda told police that the person who impregnated her, denied being the owner which prompted her to dump the infant.