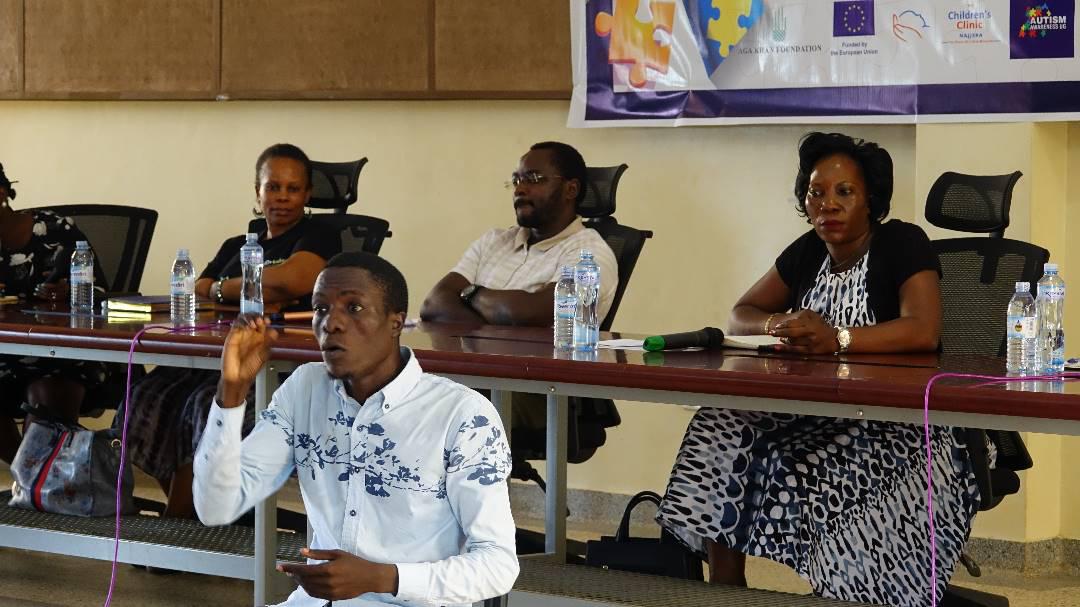 Many parents with autistic children tend to keep them away at home and sometimes tied up, almost always undiagnosed. Efforts to bring the condition into the open are only just beginning.

The aim of the seminar was to sensitize parents and different stakeholders on different ways to manage their children who are having Austim issues.

Autism is a developmental disorder of variable severity that is characterized by difficulty in social interaction and communication and by restricted or repetitive patterns of thought and behavior.

There’s no particular cause and cure for autism known or discovered. However, research shows that there are numerous associated factors that spark the autistic spectrum disorder. These factors can be a combination of genetic and non-genetic or at times environmental influences.

Speaking at the launch Dr. Daniel Tumwine from International Children’s clinic located in Najeera urged the government to come up with an early childhood diagnosis chart so as to screen children easily and early.

He also added saying parents and caretakers should create a routine for the kids to follow as it will become part of them. Similarly, parents should create a safe space for the children and not project their goals and desires on the kids so that they feel comfortable and free.

Patricia Ogule, a mother to an eight-year-old son having autism issues said that as a parent finding out and accepting the difference of a child is something parents particularly young mothers are not ready for and that’s why ended up starting such kinds of things to help parents to come to terms with such situations.

Parents shouldn’t be affected by such cases but instead put an arm of love around and help the child, she added.

According to Tina the Team Leader at Lala’s Daycare and International School said parents need to be equipped with knowledge about Autism, to know how to handle a child with such issues. This will help you identify and help a child with Autism even most times the parents don’t know.

Speaking at the seminar was Ms. Dorothy Nambi, the Director,  Donor Centre home for Autism works to empower people living with autism with life skills said that children usually have sensory overload and parents should be equipped on how to Cool them down.

Guardians should also understand that it’s a spectrum and what works for one may not work for another.

Much as parents would like to manage their children, many of these services are so expensive for the majority of families. It is with this background that Patricia Ogule calls for subsidies by the government in order to have every child attended to.