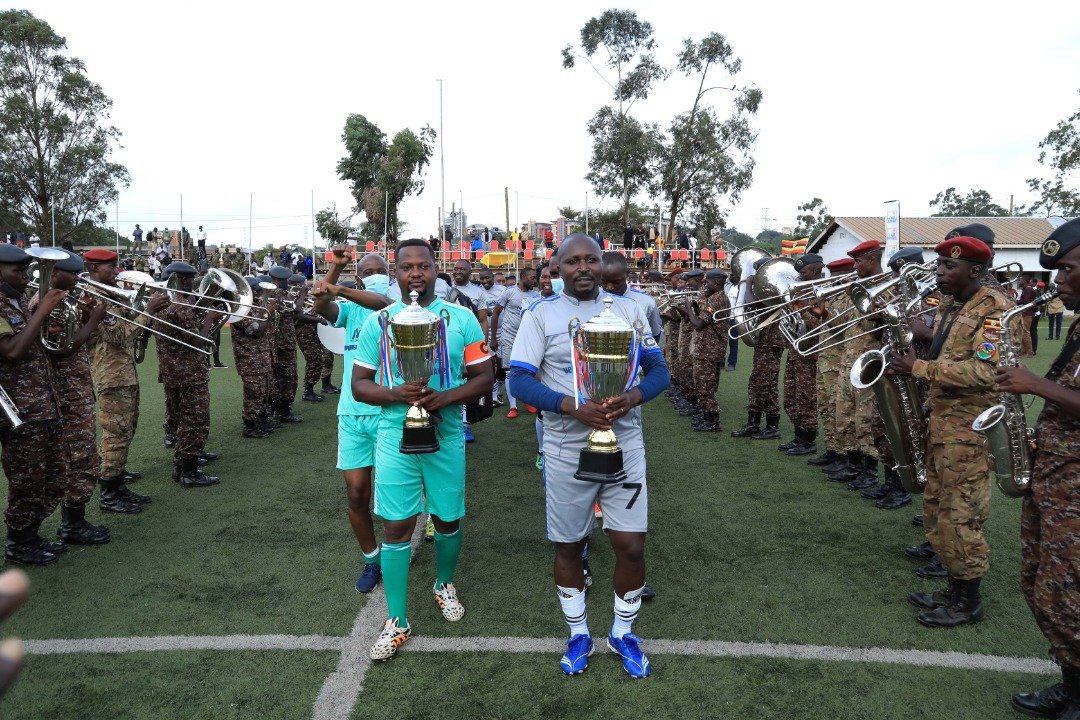 Uganda Peoples Defence Forces, UPDF and the Media fraternity represented by the National Association of Broadcasters, NAB have signed an agreement to work harmoniously together, going forward.

This follows a series of fights between the two institutions stemming from beatings endured by journalists from some UPDF officers. The last straw was in February when soldiers beat journalists and left at least 8 of them in bad shape.

The reporters were covering NUP Party President Robert Kyagulanyi Ssentamu while delivering a petition to the United Nations Human Rights offices in Kololo.

Images of journalists bleeding from the attack were shared online and videos aired on TV, while rights activists condemned the attacks. A team of officers were paraded before cameras and punished for beating up journalists.

The Chief of Defense Forces Gen. David Muhoozi apologized to journalists and called for a truce. On Friday, UPDF and NAB as well as reporters took part in football games at Lugogo, as the first step to bridging the gap between the army and journalists.

After the games where journalists won both games, they were treated to a sumptuous dinner at Rivonia Hotel in Mbuya. During the event, the two sides signed a communique indicating that;

Both parties shall treat each other with dignity, respect and uphold all

the rights including the responsible discharge of the freedom of press

and other media, mindful of the rights and freedoms of others as well

NAB shall endeavour and ensure that the journalists and media

using branded press jackets, or Press IDs or both, associated to a

media house or issued by the media council, or both.

The Communique was signed by Chief of the Defense Forces Gen David Muhoozi on behalf of the UPDF and Chairman National Association of Broadcasters Kin Kariisa on behalf of Journalists.

Christopher Kibazanga the State Minister for Veteran Affairs noted that several wars have started due to wrong media reports and that the two sectors working together, could help avoid the same happening in Uganda.