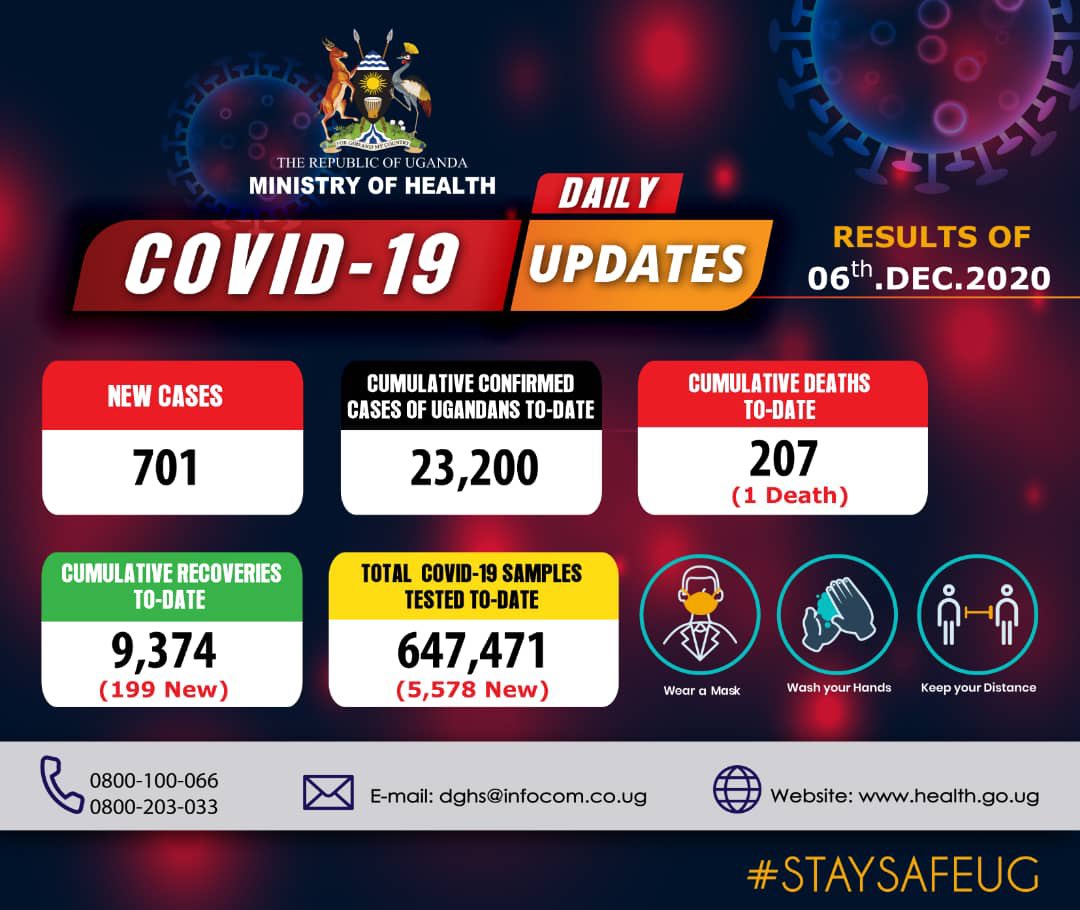 701 people tested positive for COVID-19 on Sunday December 06, 2020, while one person died from the same. This is one of the highest number of new cases confirmed in just one day.

Many a people believe the spike in cases has been caused by presidential campaigns which have attracted crowds that go against all COVID-19 guidelines issued by the health ministry.

Several people who appear in these crowds do not wear masks and cannot socially distance since there is a lot of excitement to afford them this.

While President Yoweri Museveni has attempted to follow the guidelines and carryout scientific campaigns as advised by the electoral commission that only allows candidates to meet 200 supporters per campaign meeting.

However, the president’s handlers seem to have their own rules. In some places, crowds have formed to welcome him. He however always avoids meeting and talking to them, but rather calls upon his supporters to maintain the SOPs. The other candidates like Kyagulanyi Ssentamu and Patrick Oboi Amuriat have totally ignored the SOPs and have not even been seen wearing masks.

To many, this could be the cause of spike in the number of COVID-19 cases. But, in some districts like Wakiso and Kampala which have the highest numbers, several candidates are yet to hold campaigns there.

According to the Ministry, all people traveling into the country must test negative for COVID. These tests must be done 120 hours before the journey begins.

The health Ministry however says that in cases where a person tests Positive for COVID-19 in one clinic and seeks a second opinion that comes out negative, the positive result shall be considered and the person has to wait and take another test after 7 days.

There is also fear that as many city dwellers start making their way to villages for the festive season, cases may even shoot higher.