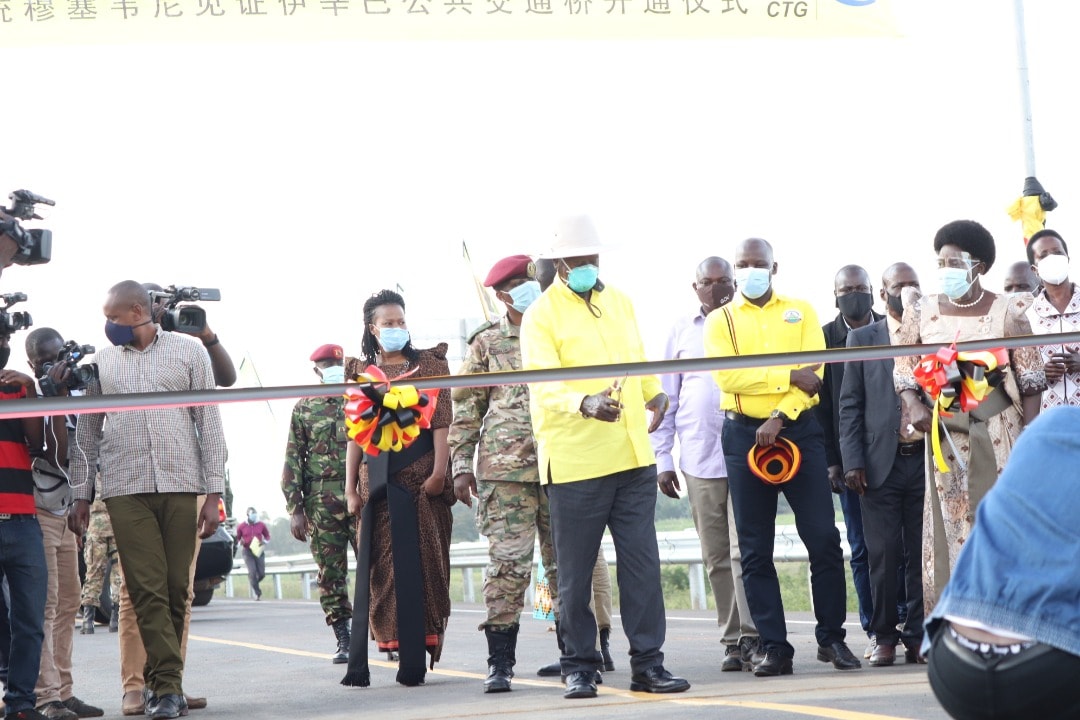 Ugandans should generously vote the ruling National Resistance Movement, NRM Party as an appreciation gesture for the development that the country has achieved in the last 35 years since 1986, President Yoweri Museveni and NRM party presidential candidate has said.

H.E Museveni was speaking in his capacity as President while commissioning the newly constructed Isimba Bridge on Thursday. The Isimba public bridge is part of the Shs2.1 trillion 183MW Isimba Hydro Power Plant and Isimba-Bujagali Interconnection Project constructed using a loan from the China Export-Import Bank that funded 85% and the Uganda government contributed 15%.

“We now have  Jinja, Karuma, Pabbo, Masindi, Pakwach, Laropi and Paraa bridges across the Nile that we have constructed. I think it is wise and visionary for Ugandans to ensure they support NRM for doing what had defeated many governments here,” Museveni said.

He added that in the past, it would take one more than 90kms from Kayunga to Kamuli and then Jinja but that the distance has been greatly reduced because of the new bridge.

“I am happy to commission this bridge considering how crucial it is to the people of this area.  I must thank the Ugandan engineers who have showed that we can also do things on our own,” he said.

The President also applauded the Chinese government for the friendship, support and loan that was extended to Uganda for the construction of the Isimba dam, power line and the new bridge.

He noted that this shows the existing friendship between the two countries that he said will continue to flourish.

“You commissioned the Sigulu ferry towards Christmas and now this new bridge is our New Year gift. It will serve not only Kayunga but the entire Busoga region. We thank President Museveni for the visionary plan to have this bridge” Kadaga said.