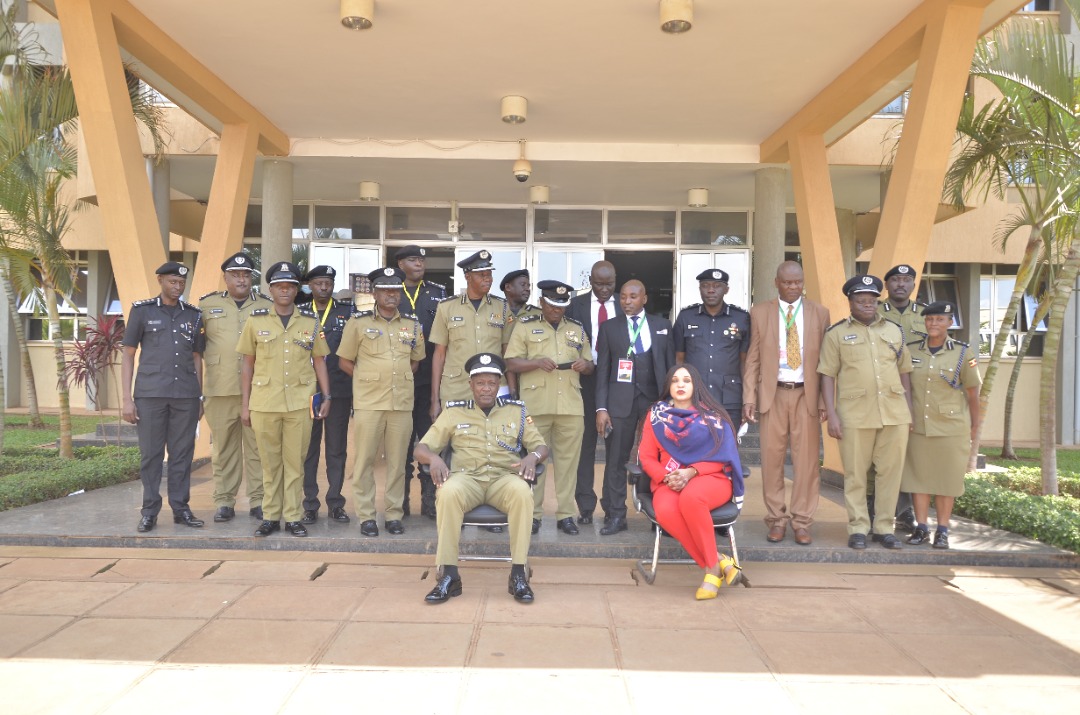 The Deputy Inspector General of Police Maj Gen. Geoffrey Tumusiime Katsigazi has hosted a delegation of senior police officers from the South African Police Service, at Police headquarters in Naguru.

The delegation which Lt. Gen. HK Senthumule led discussed with Katsigazi a number of issues including establishing a joint commission to revive the police relationship in the areas of training, and operational experience – aimed at further professionalising the Uganda Police Force and also to benefit from the rich experience of the South African force.

The DIGP noted that the visit of the South African Police Service counterparts at this time shows a strong commitment to work towards eradicating challenges and creating opportunities for policing including forging new partnerships in fighting crime between the two countries.

He added that the meeting would double efforts and cooperation on issues to do with security intelligence, information sharing and control of organized crimes.