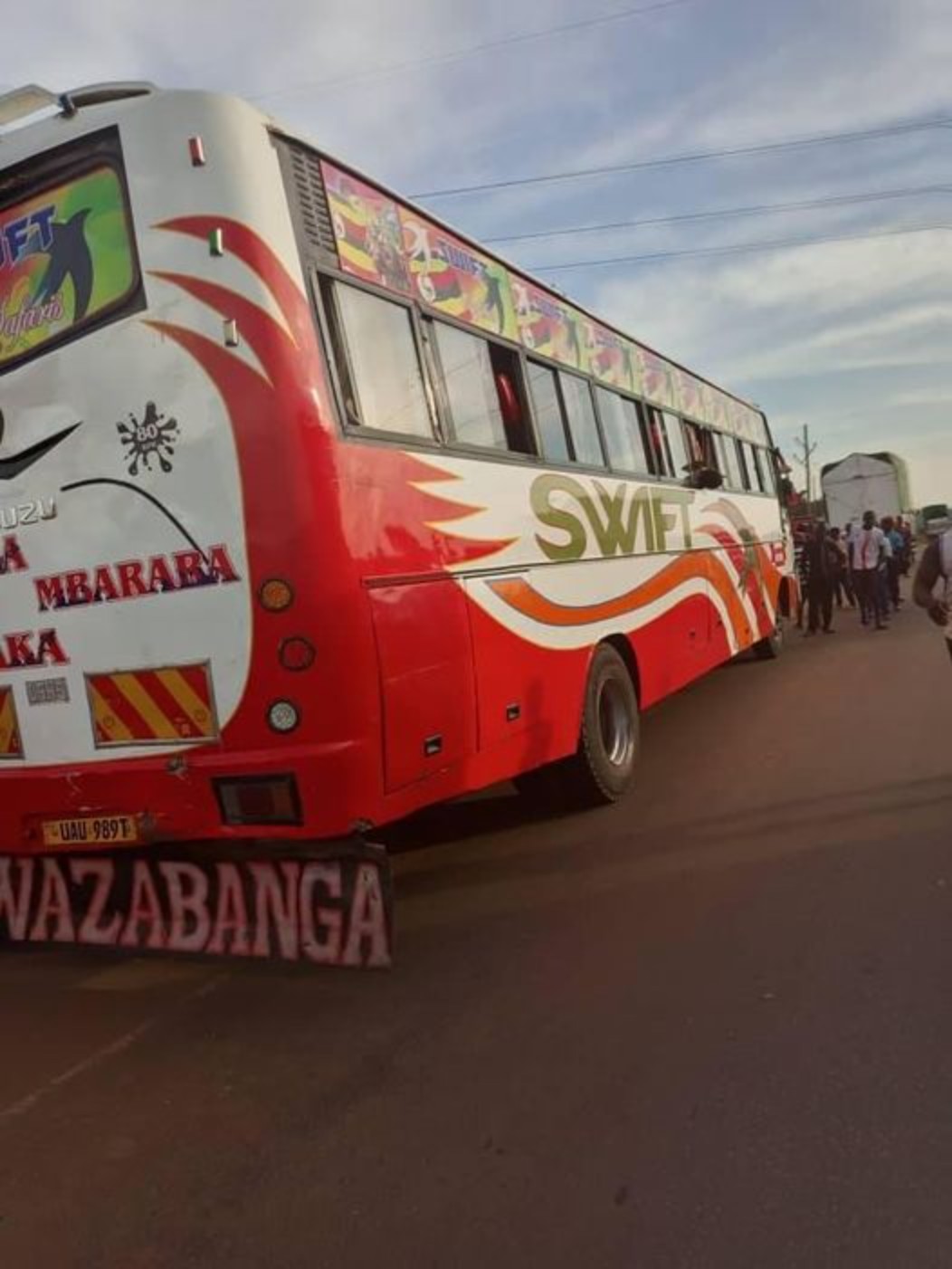 Two people have been killed in an explosion that occurred this evening on a Swift bus at Lungala, along the Kampala-Masaka highway.

According to Police spokesperson Fred Enanga, bomb experts have been dispatched after the deadly explosion occurred on a bus belonging to Swift Safaris Bus company registration number UAU 989T, at around 5pm.

The bus was traveling from Kampala to Bushenyi.

So far two people have been confirmed dead and several other victims including injured persons being evacuated from the scene.

The explosion comes three days after the bomb attack in Komamboga.

The scene has been cordoned off pending a thorough assessment and investigation by the bomb experts.

“We shall periodically give updates surrounding the incident.”