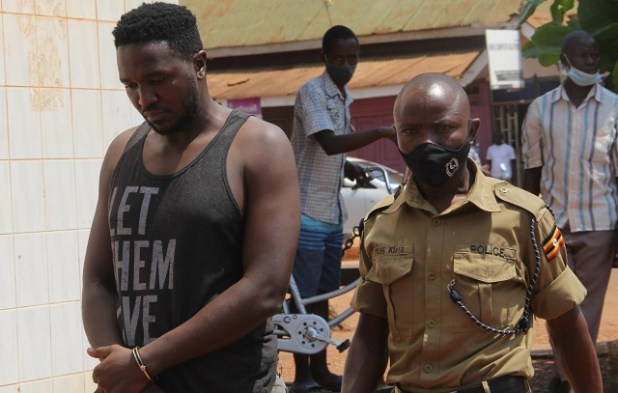 Trouble for Emmanuel Muwema, a health worker who was arrested over the weekend for staging a street bash in violation of the COVID-preventive measures has doubled after Jinja Regional Referral Hospital disowned him.

Police arrested Muwema together with two others for organizing and participating in a street bash along Iganga road in the southern division in Jinja city where they were found partying and drinking alcohol.

However, upon arrest, Muwema identified himself as an anesthesiologist attached to Jinja Regional Referral Hospital and presented an identity card number 1357 issued by the Health Ministry. The suspect further argued that he was part-timing at Nile International Hospital, a private health facility in Jinja City.

But, Dr. Florence Tugumisirize the Director Jinja Regional Referral Hospital told journalists on Tuesday afternoon, that Muwema was part of the staff contracted by the MOH to boost the human resource in their COVID-19 Treatment Unit-CTU in June last year.

However, the hospital asked Muwema together with his other colleagues whose contracts expired in November last year to continue working with them on a voluntary basis as they await renewals but they haven’t received any response from MOH.

According to Dr. Tugumisirize, Muwema absconded from duty for six months, leading to his dismissal on 17th, June 2021.

Maurice Niyonzima, the Kiira central acting police commander says that Muwema together with his co-accused are out on police bond, adding that they have submitted their file to the State Attorney for perusal and sanctioning.