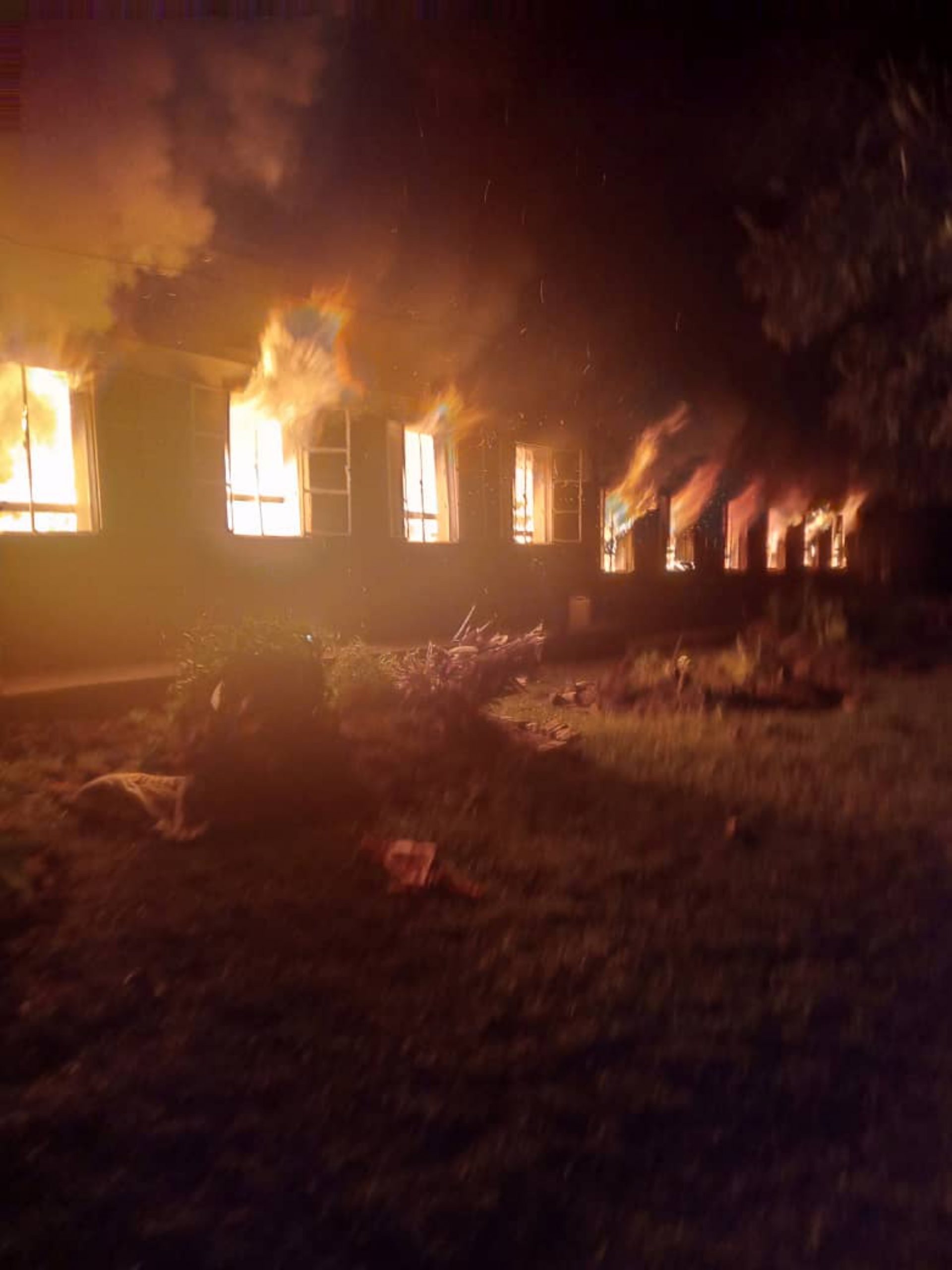 The Police at Entebbe are investigating the cause of a fire which gutted the dormitory housing S.2 students at Mary Reparatrix Girls’ Secondary school Bugonga, Entebbe Municipality, Wakiso District.

The incident happened on Tuesday night at about 9pm.

According to Luke Owoyesigyire Deputy PRO KMP, the fire was first spotted by the house keeper of Specioza Kaijukyo who is the school bursar.

The house keeper identified as Mirembe Elizabeth felt an unusual smell, prompting her to move outside and check what was happening.

“She then saw big flames of fire emanating from the senior two dormitory and immediately called her boss for help. The police were informed in time. The Entebbe fire prevention and rescue services team responded and put out the fire. The teams from Criminal investigations and the Scene of crime officers recovered ash samples and a flat iron which have been exhibited for analysis,” says Owoyesigyire.

He added that other observations were made and the team will give recommendations and feedback after the investigation. No injury or death was registered during the fire.

The Police of Rwampara district responded to a fire incident at Rushanje Girls High school in Rwebogo ward, Rwebogo town council where fire gutted a dormitory housing 120 students, destroying all their properties and damaging the dormitory block

Fortunately, no student was injured.

According to Kasasira Samson the PRO Rwizi, the Police responded to the scene with the fire brigade and extinguished the fire preventing further damage to school property.

Investigations into the matter are still ongoing to establish the cause of the fire.

The Police at Mbarara are investigating a case of suspected arson of a dormitory at St. Andrew’s S.S in Rubindi.

The dormitory housing at least 60 senior five students was gutted by fire at 0800am this morning while students were in class.

The fire destroyed all the property in the dormitory but no student was physically harmed.

Police responded to the scene with the fire brigade extinguishing the fire, preventing it from spreading to the next rooms on the same block.

Kasasira says no arrests have been made but they are working hand in hand with the school administration to identify the perpetrators of the crime.