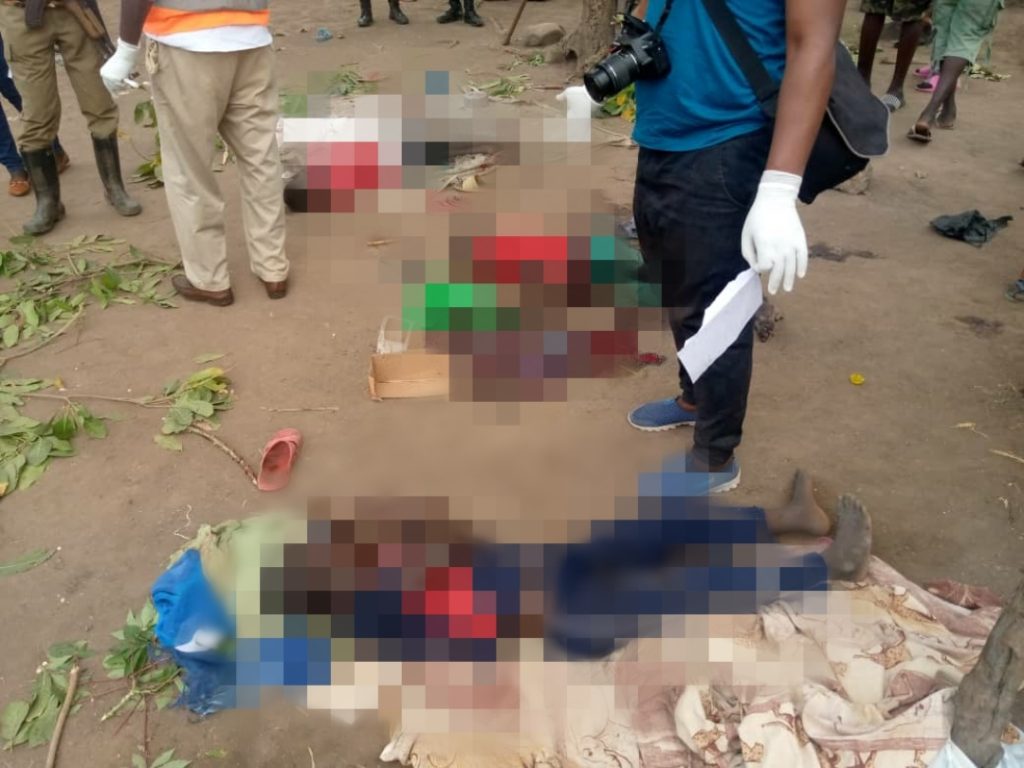 Police in Adjumani district is investigating an incident of bomb explosion which killed 6 children and injured 5 at Maji II Refugee Settlement.

According to SP Angucia Josephine Police PRO West Nile/North West Nile Regions, it is alleged that a group of children residing at Maji II Refugee Settlement went to the bush on a playing spree and picked an object which they didn’t know properly, tried to cut it through using a Panga, incidentally, the object exploded killing 6 of them and injuring 5.

Upon receiving information from Officer in charge of Maji II police station, Angucia says a team of officers including detectives led by DPC Adjumani rushed to the scene to follow up the matter.

On arrival of the police team at the scene, Victims were immediately evacuated to Maji II health center for first aid, relevant statements recorded to guide investigations, pieces of Panga knife and some particles of fragments recovered and exhibited, 3 dead bodies from the scene retrieved plus 1 other body of those who were rushed for first aid at Maji health center and died shortly.

The 4 bodies were conveyed to Adjumani Hospital for post-mortem, 7 victims initially rushed to Maji health Centre were instead transferred to Adjumani hospital for further treatment amongst which 2 were later pronounced dead making the total number of the deceased to be 6.

All the 6 bodies are at Adjumani Hospital pending postmortem

Angucia says further inquiries continue into the matter under Adjumani CRB 97/2021.
However, Police observation indicates that these bombs could have been left behind in the bushes by former Konyi rebels who infested the area in late 1980s to early 90s as Adjumani District by then was one of the areas harbouring the rebels. But then now, coupled with burning of bushes in the dry spell, children are moving around the burnt bushes picking things any how for playing hence exposing them to such incidences.

Angucia noted that it is therefore important for members of the community and dealers in scrap metal business to guard against dealing with suspicious looking metallic objects found in the bushes as they could be bombs. Parents/ Guardians should specifically advice their children not to play anyhow with such suspicious looking metals in order to prevent such deadly incidences. This more so applies to areas which were formerly harbouring rebels. They should instead inform the area authorities, police or army for proper management.