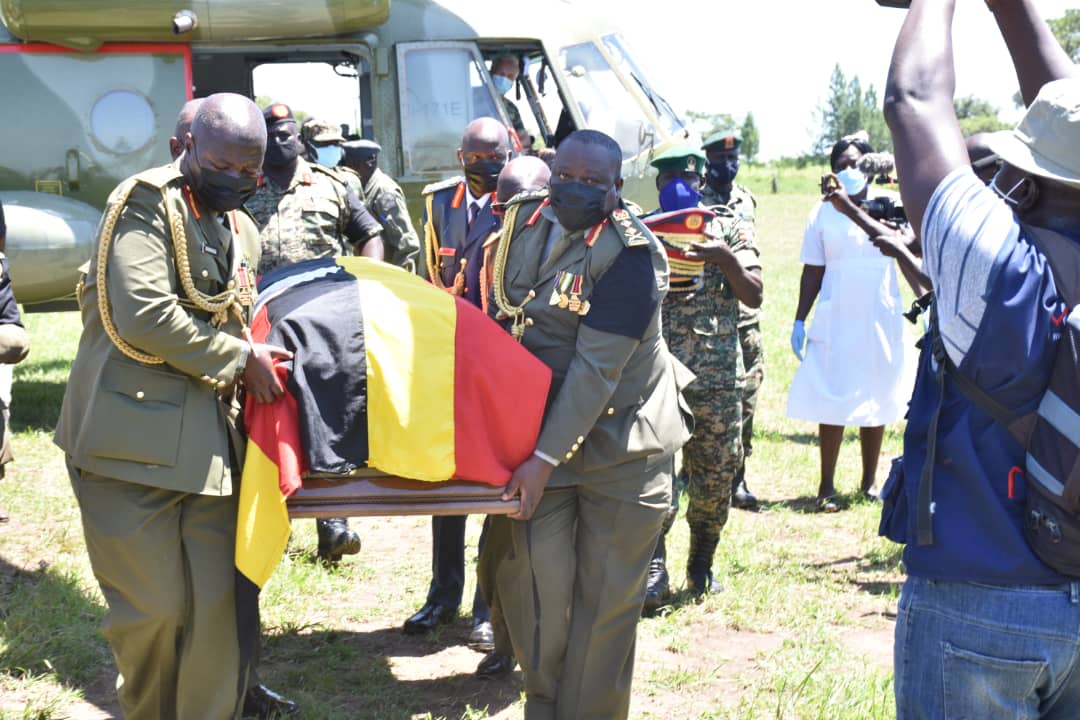 The remains of former Deputy Inspector General of Police Maj. Gen Paul Lokech arrived in Pader Town Council in Pader District ahead of his burial on Friday.

Gen. Lokech’s Body arrived aboard a Uganda People’s Defense Air force-UPDAF Helicopter at about 11:35 am amid tears and wailing. The Helicopter landed at Archbishop Flynn Secondary School playgrounds in Pader Town council and was received by religious and political leaders, army officials, relatives, and hundreds of locals who gathered at the playground.

It was later driven in a Uganda People’s Defense Forces Funeral Van through Pader Town council where hundreds of mourners lined up by the roadsides to pay their respect.

They shed tears and wailed as the funeral van containing the body of the fallen Police Chief and several other motorcades made procession within the Town Council. Some of the mourners mostly women fainted and were taken to nearby health facilities in waiting ambulances.

The body was later driven to Paipir Primary School Playgrounds where a joint extra-ordinary full council meeting involving all the district councils of Acholi is being held in honor of Gen Lokech’s contribution towards peace.

The former Deputy Inspector of Police died on Saturday morning at his home in Kitikifumba zone in Kira Division, Wakiso District due to a blood clot in his lungs.

He will be laid to rest on Friday at his ancestral home in Paipir village in Luna Parish, Pader Town Council.