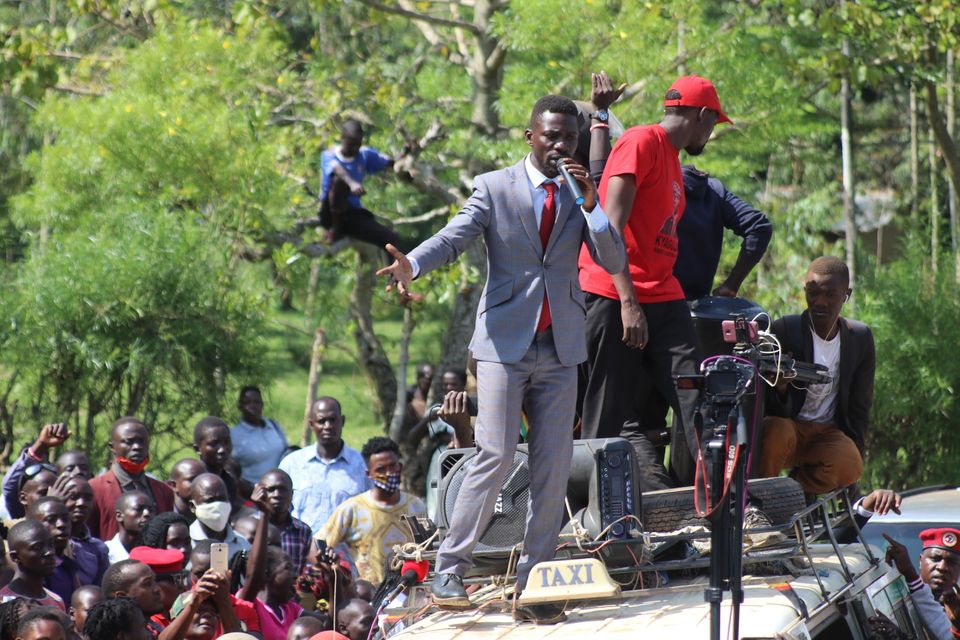 Police was Tuesday engaged in running battling with the supporters who had lined up along the streets of Busia town to welcome Kyagulanyi, who was campaigning in Bukedi region.

However, a number of them were affected by teargas and others were allegedly hit by stray bullets during the operation commanded by Julius Ceaser Turisingura, the Bukedi South Regional Police Commander, Wesly Nganizi, the Elgon Region Police Commander, Abraham Asiimwe the Field Force Unit Commander in the Elgon region.

Police fired tear gas and live bullets to disperse the crowds by the numbers increased with the town covered from corner to corner with people chanting Tumwagalanyo Bobi Wine.

Police says they were enforcing COVID-19 guidelines that only allow presidential candidates to address only 200 people per meeting. They insist that crowds are a breeding ground for the Corona Virus.

Julius Caesar Tusingwire the Bukedi south police commander says NUP party supporters had crowded at the entry point of the venue and provoked security by pelting stones prompting them to fire bullets.

Those that were injured had to be rushed to the nearby health facilities in a Red Cross ambulance for medical attention. These have been admitted at Busia health centre IV, Daban hospital and Africure International Medical Centre.

Kyagulanyi also campaigned in Tororo on Tuesday. He is currently heading to Luuka district for his first campaign meeting of the day.