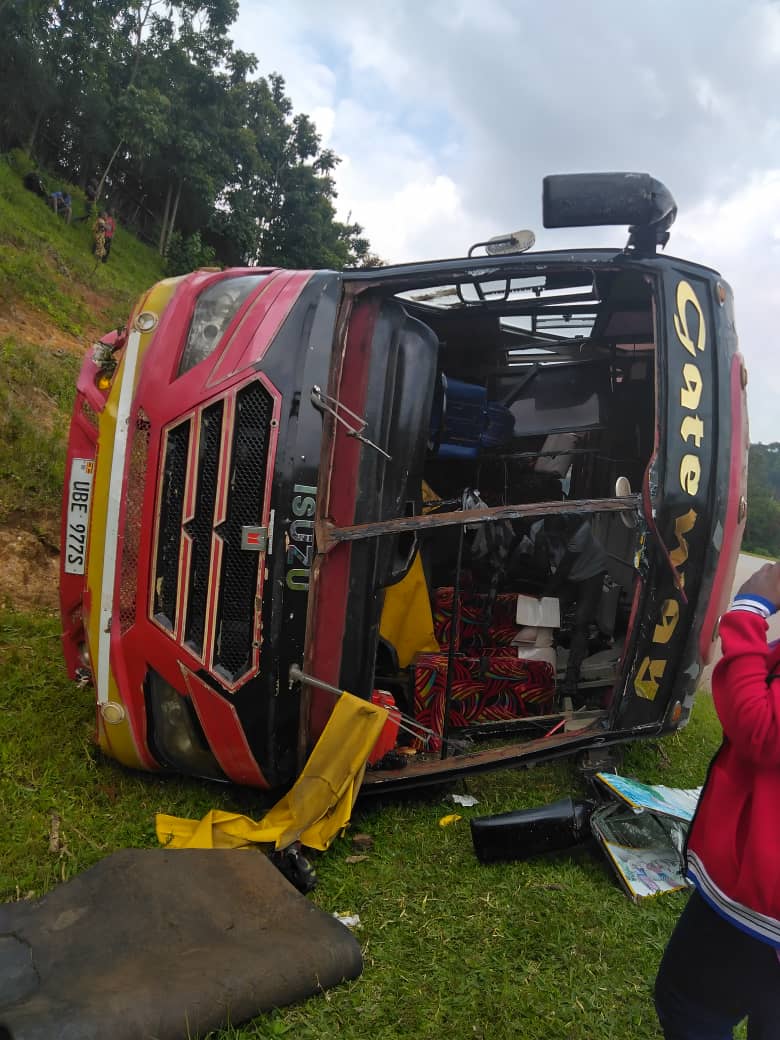 Several people have been rushed to different hospitals following an accident involving a Gateway bus reg no. UBE 977S Isuzu Maroon in color which occurred on Sunday afternoon.
The accident which left several people injured occurred at about 13:30PM at Kafuka along Ntungamo kabale Road.
According to Elly Maate the Kigezi regional police spokesperson, the number of victims is not yet established as some were rushed to unknown hospitals.
The wreckage was towed to Muhanga Police Station pending IOV’s inspection as investigations go on.
Several people lose their lives while others are left injured during festive seasons as they travel to their villages to celebrate. The police traffic department recently announced the resumption of Fika Salama to avoid over speeding and as many accidents as they possibly can.