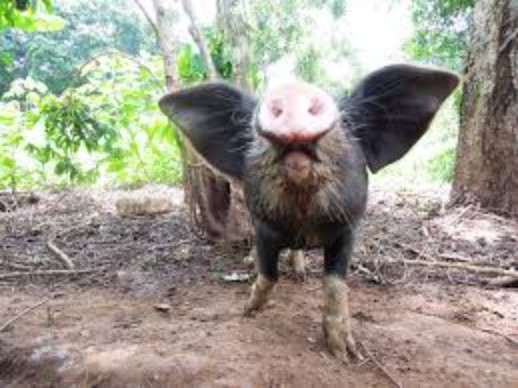 Grief has struck residents of Kateera village in Ddwaniro sub-county after a one and a half-year-old baby was mauled to death by a pig.

The unfortunate incident occurred at on Friday when the child’s mother, Peace Tukwasibwe, was in the kitchen preparing breakfast, while the minor slept on a mattress inside the house.

The pig is said to have entered through the back door of the house and ripped the baby’s face. It devoured her lips, nose, left hand, stomach and flesh on the chest. However, the mother was puzzled that the baby did not squeal in pain to attract her attention.

Tukwasibwe had gone to the house to breastfeed the baby when she found her faceless body lying in a pool of blood while the pig was still gnawing on the baby’s hand.

She raised an alarm which attracted neighbors to the scene. Her husband was not home at the time of the incident. The family waited for police to approve the burial but they did not show up, which forced them to bury the deceased.
Angry residents pounced on the pig and lynched it.  They cut its stomach open and found fingers and some parts of the baby’s body. They later cut the pig into pieces and burnt it to ashes.

According to the area LC III chairperson Tom Yiga Mulindwa, the incident is attributed to the family’s failure to keep the pigs in a sty that exposed the baby to danger.