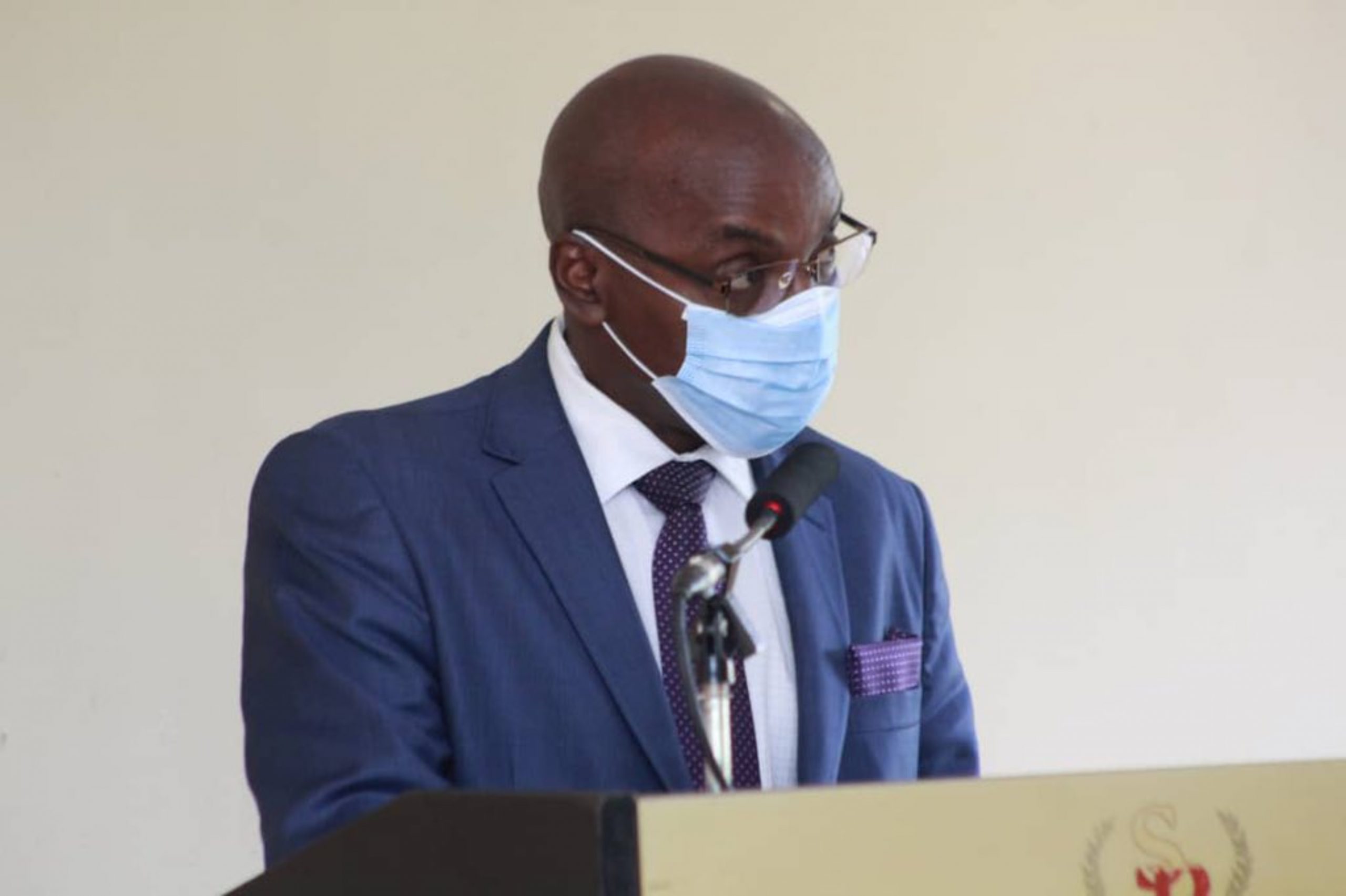 Uganda Police Force has clarified that the Principal Judge Dr Flavian Zeija was not attacked by gunmen, but rather by a roadside improvised explosive device, IED.

An improvised explosive device (IED) is a bomb constructed and deployed in ways other than in conventional military action. IEDs are commonly used as roadside bombs or homemade bombs. They are generally seen in terrorist actions.

On Sunday, the Judiciary spokesperson Jamson Karemani released a statement indicating that on Saturday evening at about 7: 00 pm along the Kampala-Masaka highway, unknown gunmen shot at the convoy of Dr Zeija.

He added that fortunately, the Principal Judge and his entire team escaped unhurt from the incident.

However, while addressing reporters on Monday at Naguru police headquarters, Fred Enanga the police spokesperson noted that the officers at Katonga region, Mpigi registered an incident of attempted assassination on the Principal judge on Saturday, as he was travelling back to Kampala in a convoy of three vehicles.

He further explained that the initial reports were indicating that the principal judge was attacked by a group of armed assailants who fired several bullets at his convoy when he had reached Kalandezi village in Buwama, Mpigi district.

The convoy did not stop but drove directly to Mpigi Central Police Station where a case of attempted murder was registered. Police made a protective enhancement to his convoy and he was driven to his home safely.

On Sunday, a joint team of officers from Counterterrorism, CMI, Directorate of Forensics, Crime Intelligence, Operations and ISO responded and cordoned off the scene.

“A thorough assessment of the scene was conducted and it was established that the attack was a result of devices planted under the road guard rail at a remote area in Kalandezi village. From the recoveries, the IEDs consisted of a variety of components that were recovered from the scene. We got shattered detonator parts, pieces of wire, cut pieces of iron bars and shattered aluminium pieces, plastic bottles, and nails which were all designed to increase the amount of shrapnel propelled by the explosion,” said Enanga.

The police spokesperson further revealed that this is the second incident where the IEDs have been planted by the roadside to kill motorists.

The first incident occurred on 17th April 2022 at around 9:30 pm when a businessman identified as Busasira Alex was driving from Kampala to Kabale with his wife in motor vehicle Reg No UBJ 399A.

When the duo reached Kyangoma village in Nkoni parish, Lwengo district along the Masaka-Kinoni section, they were hit by an explosion which was detonated and the shrapnel pockmarked their vehicle.

However, they continued driving miles ahead until they realized what had happened to their vehicle. The next day, the task teams visited the scene and recovered metallic pieces which were scattered around the scene.

Enanga says they are now aware of this threat targeting motorists and that the nature of attacks in both incidents is similar, which means that the criminal elements could be of one particular group.

He says they are yet to establish whether the Saturday attack against the Principal Judge was a targeted attack, as currently, there is no evidence suggesting that it was a random incident on a government vehicle.

“We believe that our inquiries will be able to establish that. We want to strongly condemn the cowardly attack and call for calm as we conduct further inquiries. We are going to ensure the perpetrators of these senseless attacks who are trying to use violence to undermine the safety and security of motorists and passengers are identified and brought to book,” said Enanga.

He warned members of the public to remain vigilant as there are several criminal elements in the communities who have perfected the construction and use of IEDs capable of destroying vehicles, facilities and incapacitating victims, causing loss of lives.