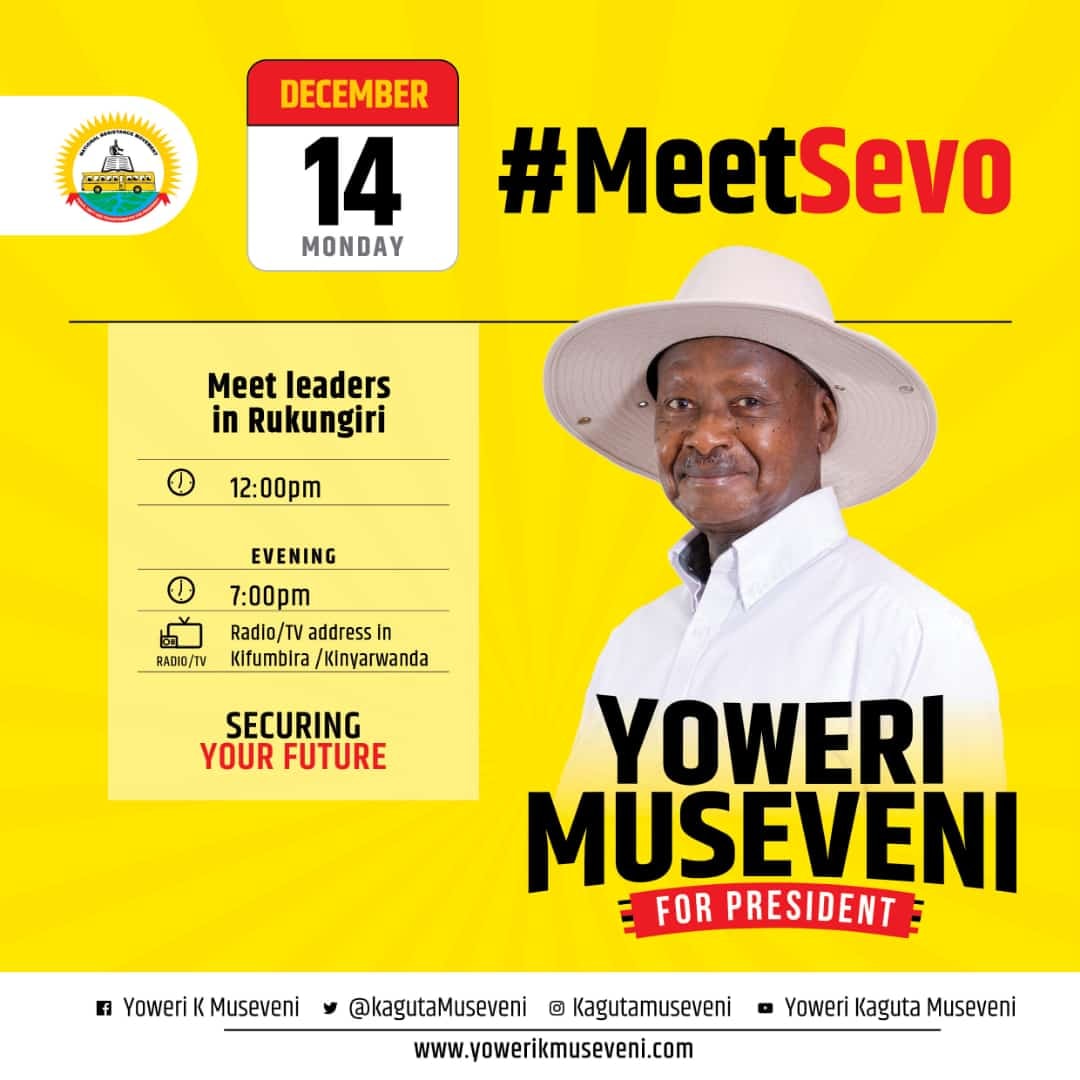 Gen. Museveni will meet and address a select team of NRM leaders and flag bearers of Rukungiri and Kanungu districts and will lay bare key achievements the NRM has registered and other development strategies for the area he intends to achieve once re-elected.

Rukungiri district has relatively good roads many of which are tarmacked. The government is also continuing its efforts to improve road infrastructure in the district.

Upgrading of Rukungiri-Kihihi-Ishasha/Kanungu (78.5km) road is underway. The project is funded by Government of Uganda and Africa Development Bank to a tune of Shs207.8 billion. Road works commenced on 5 November 2018 and scheduled to be complete on 4 November 2021.

Works on 6.10 Km of town roads in Rukungiri and Kanungu districts will be undertaken in addition to the main project. They are currently under design.

With the education liberalization policy of the NRM government, many private schools have been established in Rukungiri. Currently the district has 143 private primary schools and 28 private secondary schools with an enrollment of 25,271 and 6,742 students respectively.

The Construction of Health Centre IIIs is at completion stage in the two sub counties of Kebisoni and Buyanja.

Out of the 16 sub-counties in Rukungiri, 15 are connected to the national grid and works are ongoing to extend power to Bwambara Sub-county which is not yet connected.

The NRM government says it will continue investing in strategic sectors, either directly or by co-investing with the private sector.