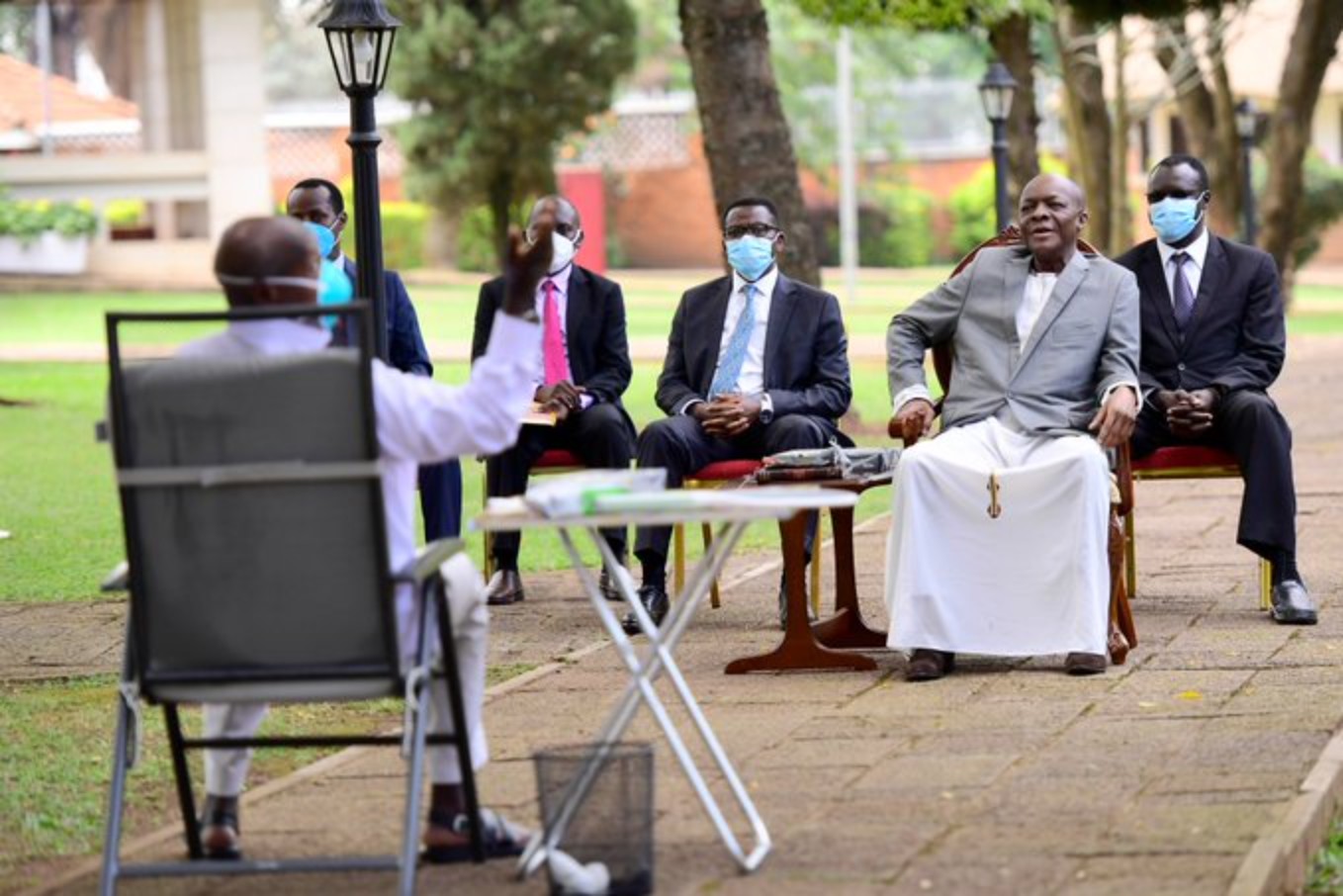 The head of State, H.E Yoweri Kaguta Museveni has held a meeting with the Kabaka of Buganda Ronald Muwenda Mutebi at Nakasero State Lodge to discuss issues pertinent to Buganda and Uganda’s development.

According to the Presidential Press Unit, President Museveni and Kabaka Mutebi discussed development matters of mutual interest between the Kingdom and the government and later briefly exchanged pleasantries, both acknowledging that they have taken long without meeting, before going in for a closed door meeting.

The Kabaka was accompanied by the Katikkiro, Charles Peter Mayiga, Mutebi’s young brother, David Kintu Wasajja and Augustine Kizito Mutumba, the head of the Clan Chiefs.

In a press conference at Mengo this afternoon, the Katikiro declined to disclose what the two leaders spoke about.

“When leaders meet to discuss certain matters we who have escorted them cannot disclose what they have discussed. But what I can say, often it’s important for leaders to meet even if to exchange greetings it’s also important,” Mayiga said.

The meeting follows comments made by the Kabaka during his 28 coronation anniversary on Saturday due to the decision by government to bring an amendment to the Land Tenure system to among others abolish the Mailo Land tenure system, which is most prevalent in Buganda.

Speaking during the event, Kabaka Mutebi said such actions by the government are aimed at weakening Buganda Kingdom.