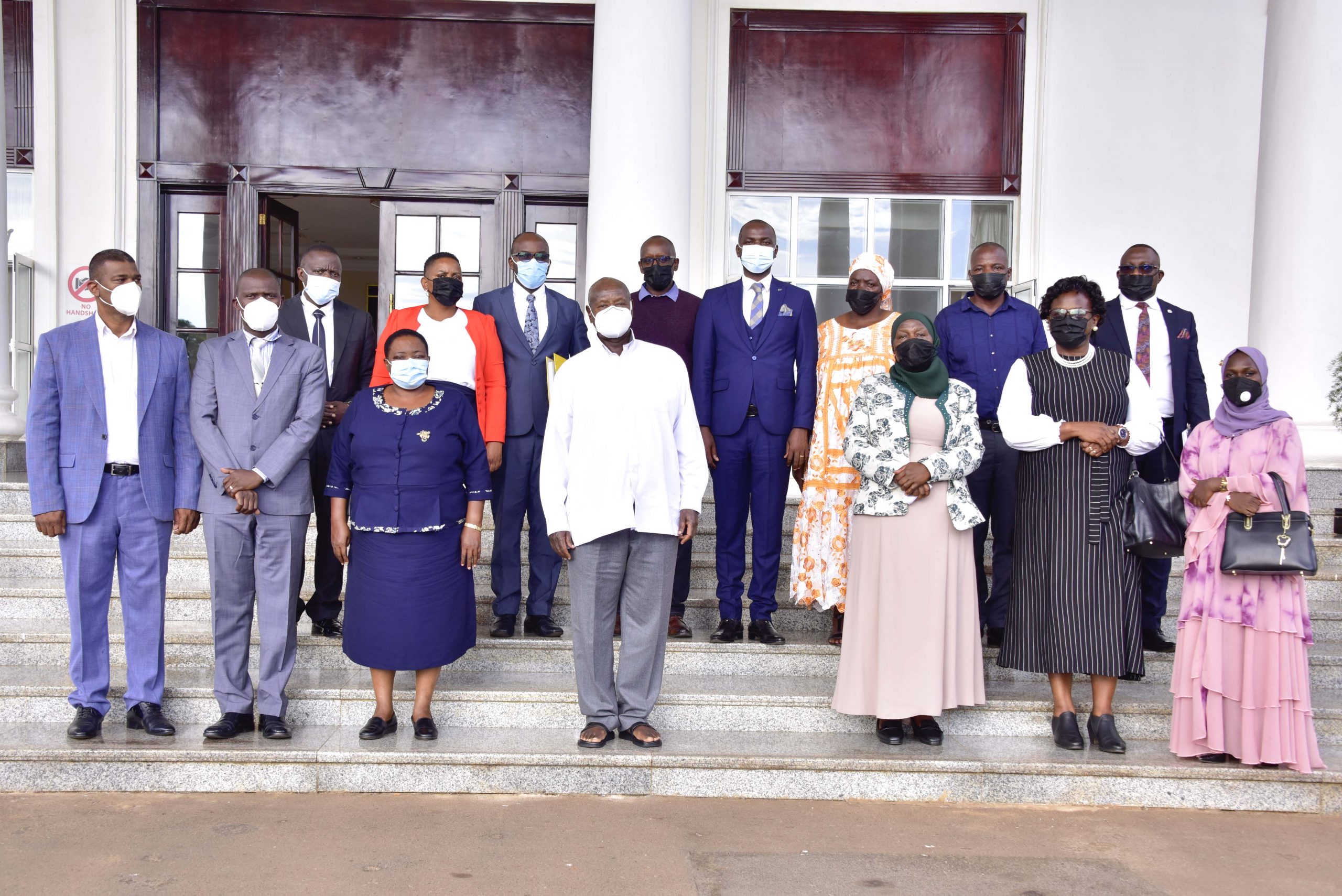 Upon submission of the outcome of several meetings that were chaired by the Rt. Hon. Prime Minister, the President guided that KCCA should deal with the Vendors directly without going through a third party.

The President told the officials that some time back, during his interaction with members of a Co-operative Society, he had heard similar complaints where the leaders exploit the members.

The President further guided that: –

Upon further discussions, the following was agreed upon: –

The President further guided that KCCA should plan for at least two markets in each of the 5 Divisions of Kampala, and one Skilling Centre per Division.

On assenting to the Market Bill, it was noted that there were some clauses that create a partnership between KCCA and the Vendors in the running of the Markets. The President guided that the said bill should be returned to Parliament so that it is harmonized with what had been agreed upon in the meeting on the markets.

In her submission, The Hon. Minister for Kampala, Hon. Hajjat Minsa Kabanda reported that a Cabinet Paper incorporating some of the issues that had been agreed upon at the meeting had been prepared and was due for discussion at the next Cabinet meeting on 21st November 2022.

The meeting was also attended by the Hon. State Minister for KCCA Affairs, the Executive Director, KCCA, the RCC Kampala City, the Mayor Kampala Central and Mobilisers from the Markets