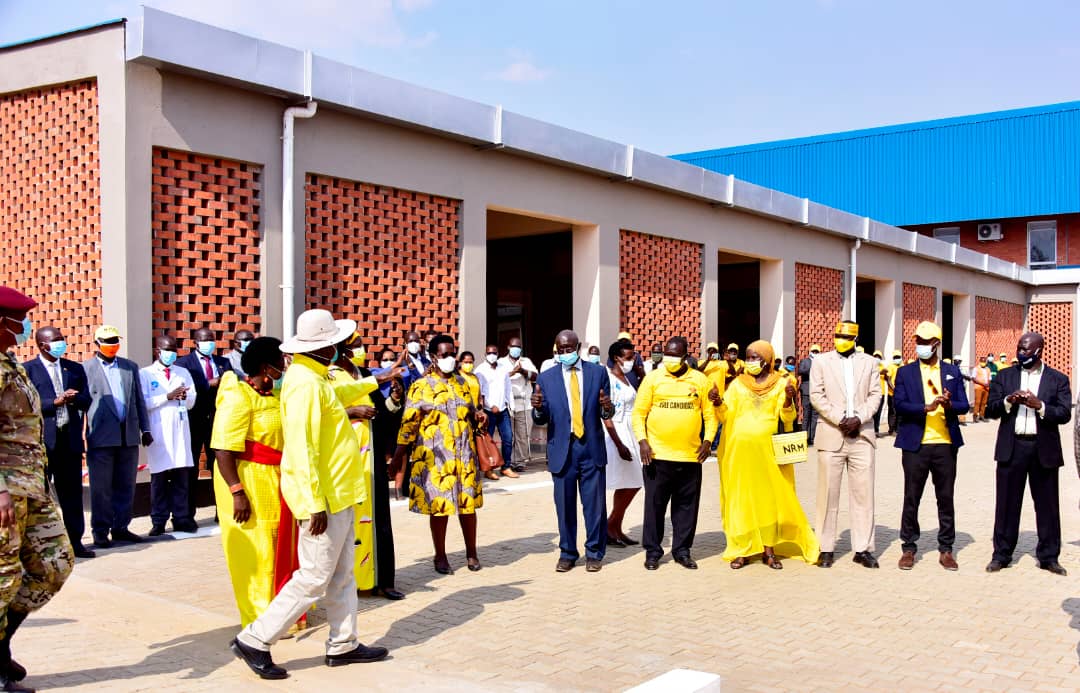 During the event that happened on Saturday evening, the President applauded the people of West Nile for fully supporting the National revolution of emphasizing the people’s interests rather than their identity.

“Am happy that West Nile has joined the National Peoples revolution by rejecting politics of identity and going for the politics of interest and focusing on people’s needs,” president Museveni said adding that the investment despite being started by foreigners benefits Ugandans through job creation and paying taxes.

The factory is a complete 5-mt/hr Mango processing plant that is expected to start its full operations in May this year and will employ 200 direct employees and over 1500 indirect employees that will supply and deliver the fruits.

The hospital was re-habilitated and expanded by the Government of Uganda with support from OPEC, BADEA, and SFD. Mr. Museveni later addressed leaders at Lokopio Hills Technical Institute Grounds in Yare sub-county, Aringa County in Yumbe District.

Visibly excited NRM supporters lined up on both sides of Yumbe town streets and in Aringa county to welcome the President who was waving to them from his car.

Museveni who thanked the people for supporting him and the NRM said that initially, West Nile thought that Government was throwing stones at them not knowing it was meat in terms of development such as roads, electricity, water, education, health among others.

“This is what we are doing not only in Yumbe but in the whole of Uganda”President Museveni said.