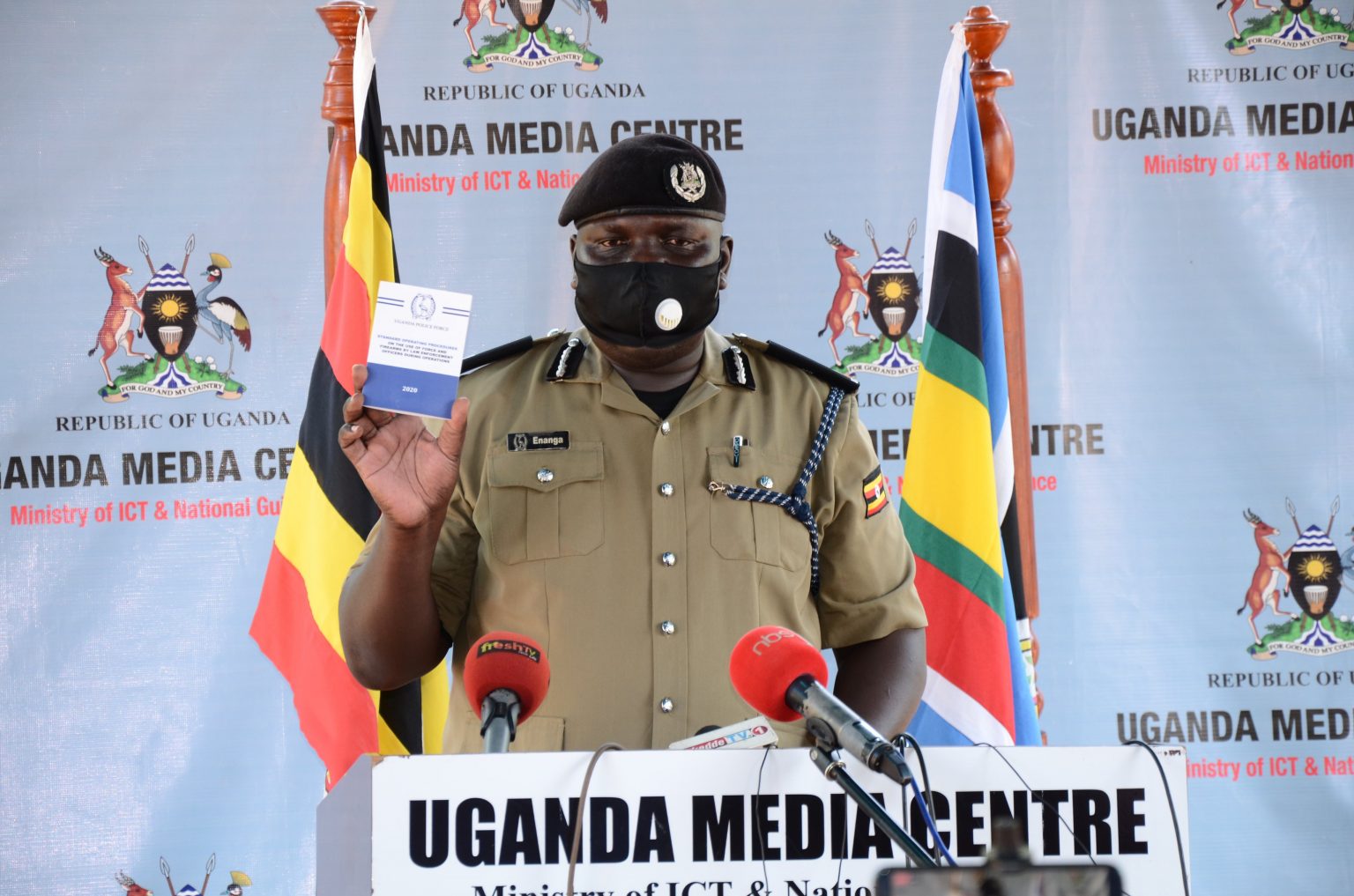 The Uganda Police Force has released a handbook /simplified manual of SOPs on the use of force and firearms by law enforcement agencies during operations.

The development comes after several people were shot by security operatives in the last few months during enforcement of the COVID-19 presidential directives.

While presenting the 50,000 copies of the handbook, IGP Okoth Martin Ochola revealed that the SOPs specifically deal with the use of force and firearms by law enforcement agencies during operations and that adherence to the SOPs will minimize operational mistakes and further enable police officers enforce law and order, to the expectations of the public we serve.

“As police we are given legal authority to use physical force. In the last decade there is growing awareness that police must strive not only to prevent unnecessary or excessive use of force but also ensure that communities perceive their police to be acting properly when they use force” the IGP argued.

He noted that due to the greater attention to use of force issues, there have been substantial improvements in policies, practices and results. These include significant reductions in officer –involved shootings , creation of early intervention systems to detect possible excesses in individual  officers use of force, greater mechanisms for accountability and transparency regarding use of force issues, and training of officers to de-escalate situations when possible, using verbal techniques and other non-lethal methods of controlling an incident.

The SOPs are organized into 15 categories that include; use of force, use of firearms, principles on the use of lethal force, warning by use of loudspeakers, public meetings that become riotous, procedure for dispersal, warning shots, unauthorized use of lethal force, use of force techniques, restoration to normal activities, post armed confrontation management, investigations about the armed confrontation, after action reporting and after action review.

“We would like to caution that the SOPs cannot anticipate every type of incident that officers may encounter, but they must consider the rapidly changing dynamics off any policing situation” the IGP added.

The IGP has appealed to all officers to be conversant with the provisions in these SOPs, as the main guidelines in the use of force and firearms during police operations.