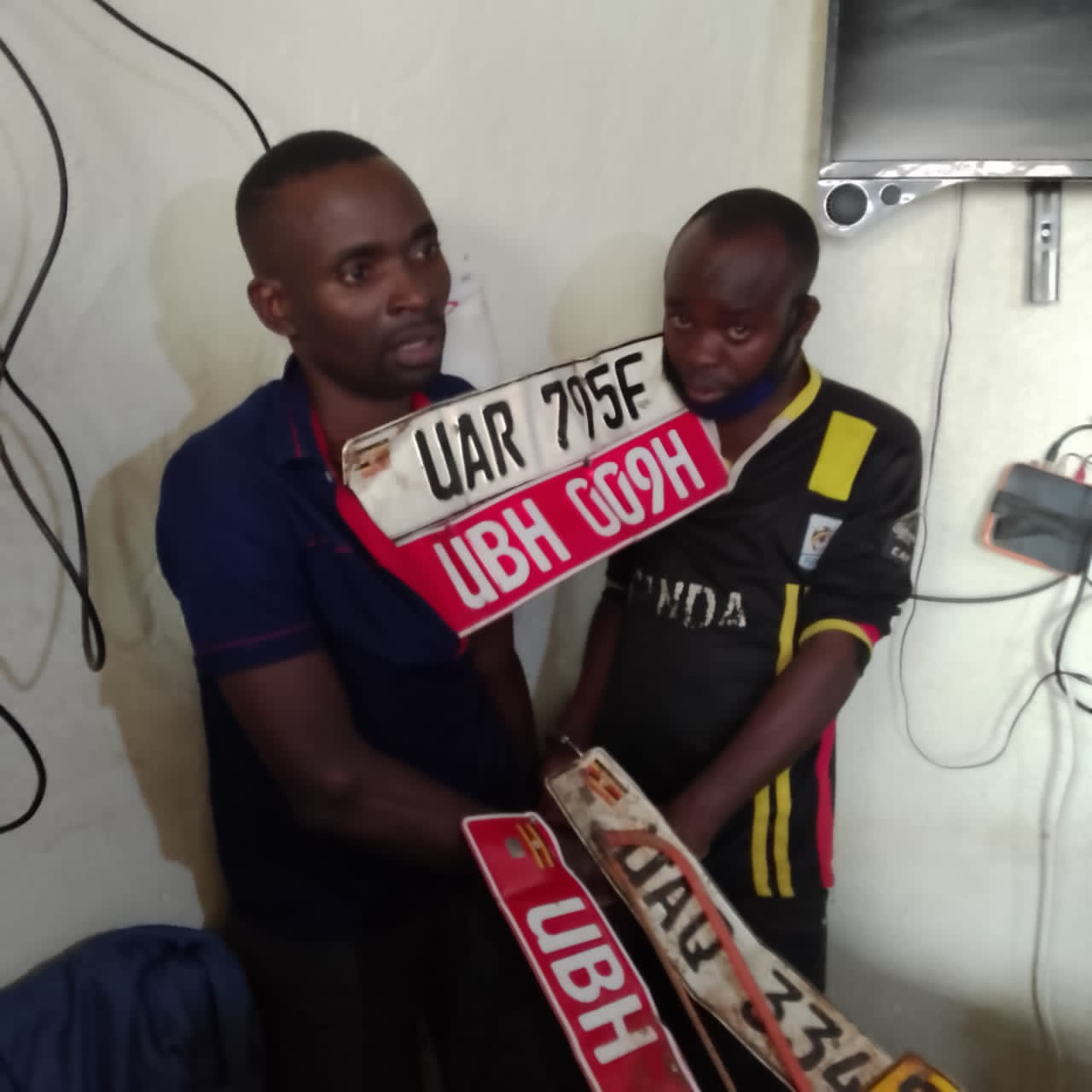 The Police at Kajansi are have in custody two suspects for theft of number plates from areas of Lweza B, Kitende, Sekiwunga and Bwebajja all in Kajansi Town Council Wakiso District.

Luke Owoyesigyire the Deputy Spokesperson Kampala Metropolitan police says the suspects who include Sebigo Samuel, 31 a porter and resident of Kawotto cell in Kitende ward, Kajjansi town council wakiso district and Maseruka Misach,27 a casual labourer and resident of Lweza B cell/Kawali, were arrested during an Intelligence led operation after several complaints from residents, on the increasing theft of number plates.

“Through further interrogations, we have noted that other members of this group are still at large and so the hunt is still on to have all arrested and brought to book. During the operation we were able to recover five number plates which are currently kept at Kajansi Police station” Owoyesigyire said.

The suspects will be arraigned in courts of law as soon as investigations are complete .ASP Luke Owoyesigyire Deputy PRO 19.01.2022