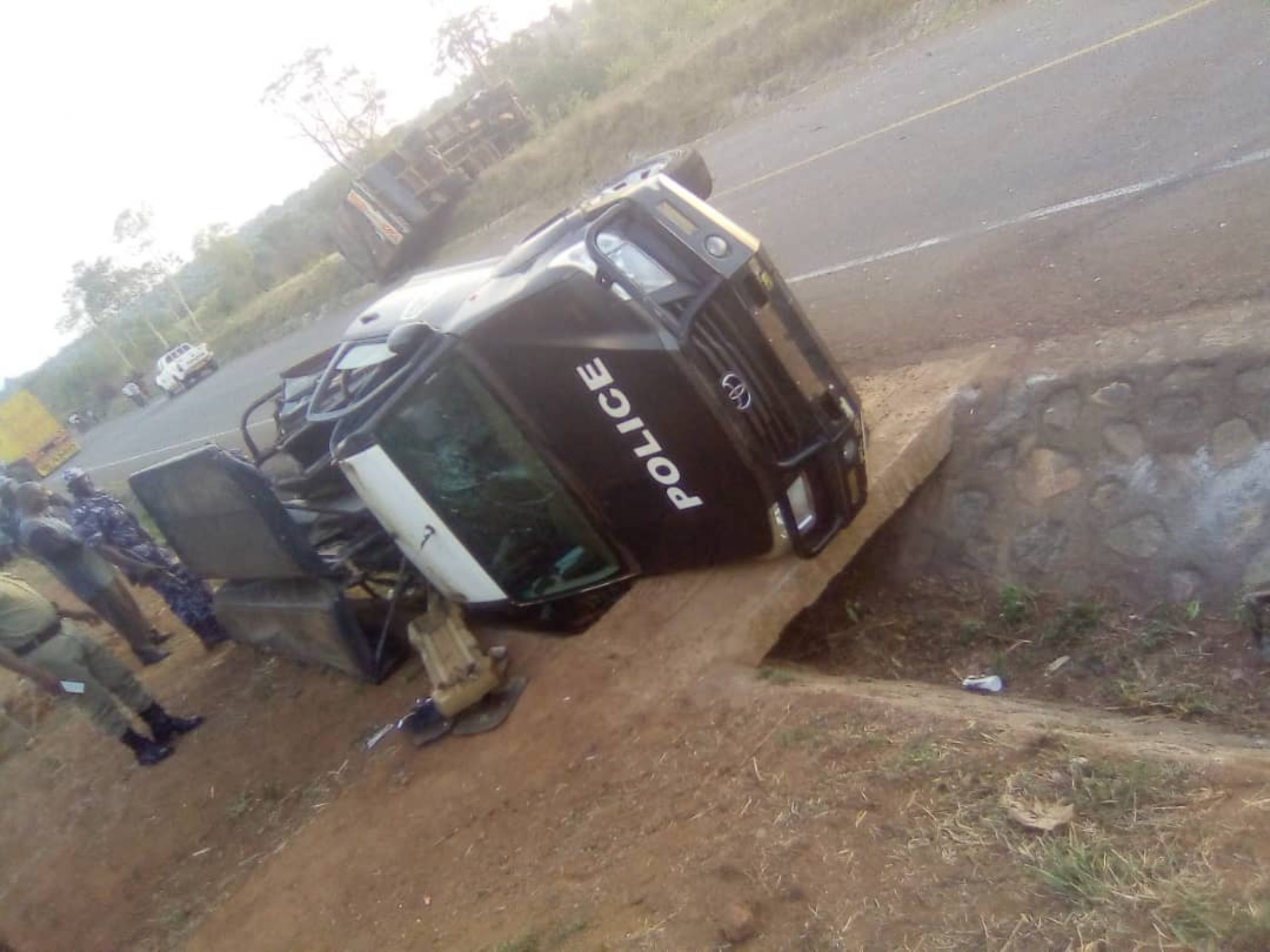 The Police in Oyam District is investigating an accident that claimed the life of one police officer and left his two colleagues seriously injured.

ASP Patrick Jimmy Okema PRO-North Kyoga says the accident happened on Thursday at about 1700hrs when a police vehicle UP 5470 attached to Oyam integrated highway patrol which was knocked by a Fuso truck Reg No UBE 174R which was carrying charcoal from Gulu side, heading towards Kamdini at Teitek Trading centre.

The Lorry rammed into the police Pickup from behind after the driver failed to stop.

According to Okema, No.65408 PC Opige Moses died on spot, while Constable Orombi Jeremy the driver and PC Komakech Defoe sustained injuries and were both rushed to Minakulu Health Center for medical attention.

The deceased’s body has been conveyed to Lira Regional Referral Hospital’s mortuary for postmortem.

Okema added that all the occupants of the Fuso truck are on the run after abandoning the vehicle at the accident scene.

Both vehicles have been towed to Minakulu police station pending IOV inspection.