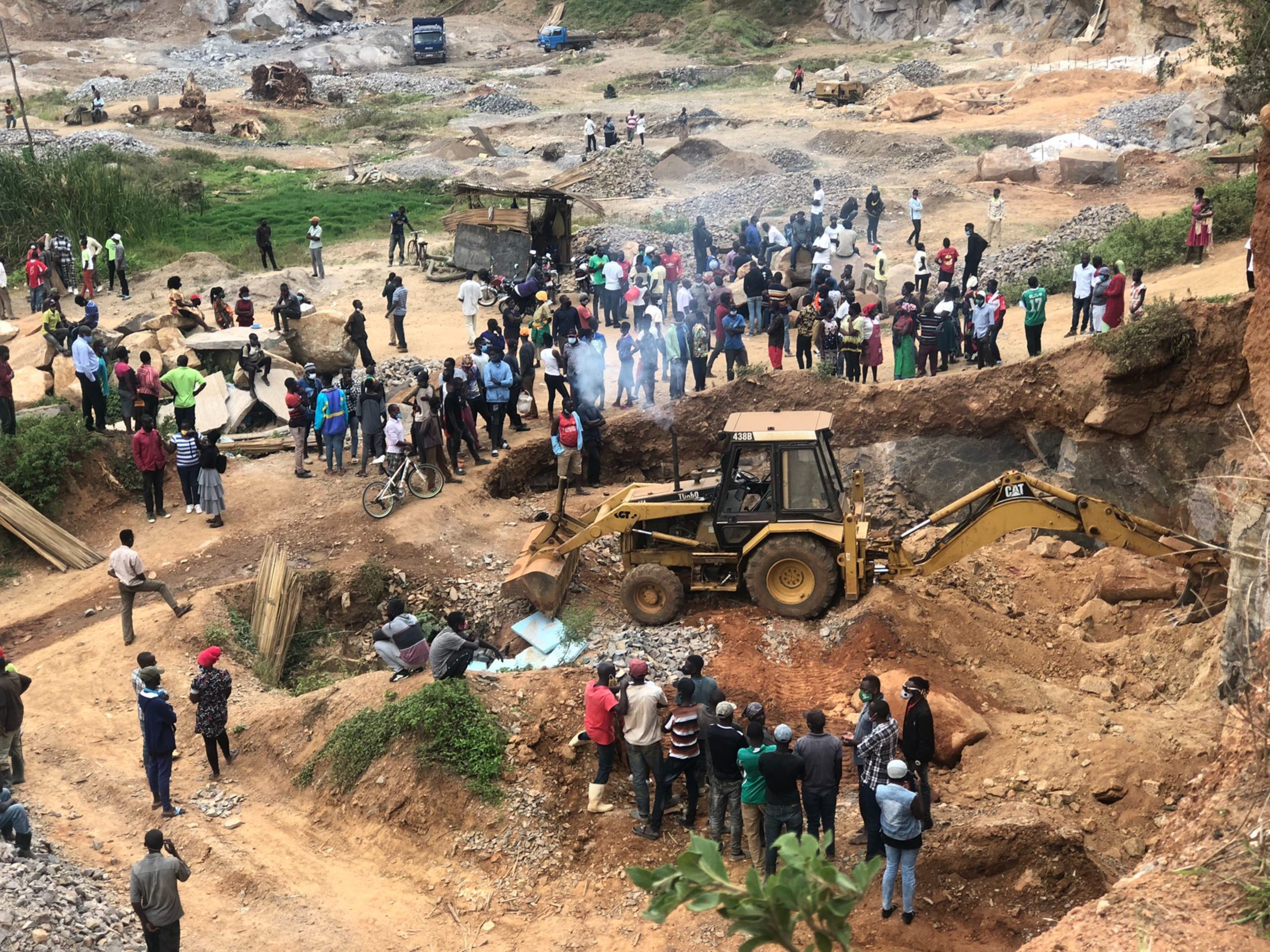 The territorial police at Kabalagala are investigating an incident where soil collapsed in a stone quarry killing four people.

According to Asp Luke Owoyesigyire the Deputy PRO KMP, the incident happened today 15/06/2021 in Bukasa, Makindye at around 13;45hrs when a group of people were busy breaking stones in the quarry.

A team of police officers led by the OC Station responded to the scene and worked with the community to retrieve the four bodies from the rubble.

Their bodies were conveyed to Mulago city mortuary for postmortem.

The Stone quarry site belongs to one SAM MUSOKE SSEKINDI who is the chairman Ssekindi zone Bukasa parish.

“We would like to inform the public that the stone quarry is currently a danger to the public and no one is encouraged to come close to them” Owoyesigyire noted.