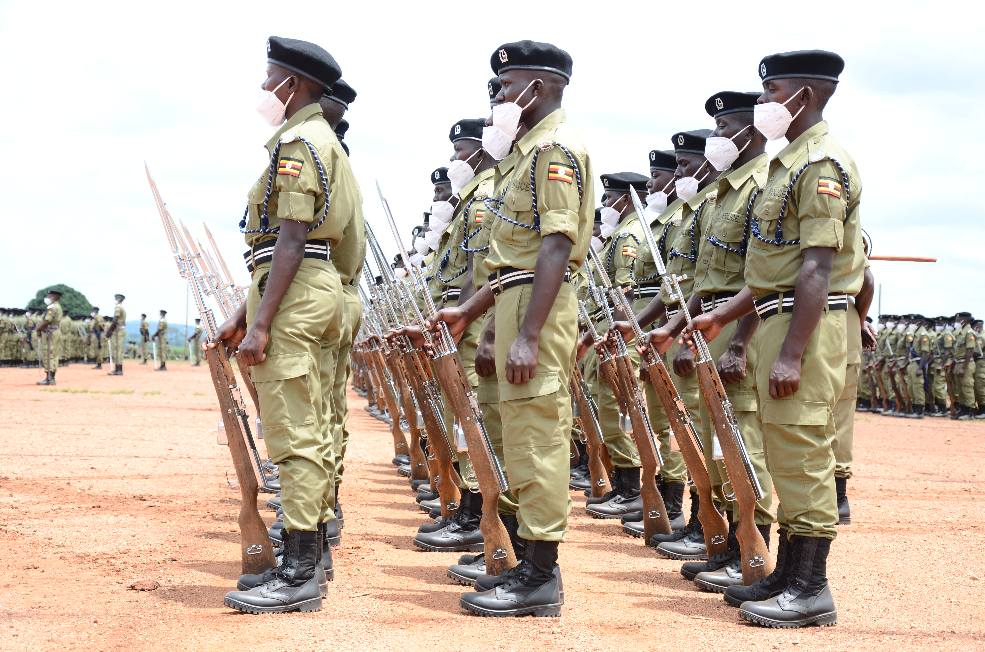 Uganda Police Force has announced the 2nd batch of recruitment of 5,000 police recruits which commenced today Monday 7/09/2020 and will run until 19th September 2020.

Fred Enanga the police spokesperson says this new batch of officers, forms part of the recruitment of 10,000 new police officers which was launched in August 2019, as part of the police uplift program.

“It is our determination therefore, to continue with our planned programs despite the difficult Covid-19 climate. The 1st batch of new officers was successfully passed out, Covid-19 free on the 21/08/2020” Enanga said.

All interested applicants are advised to read and acquaint themselves with the minimum eligibility criteria before they apply.

They must; possess a maximum academic qualification of UCE Certificate (O’level) or its equivalent with at least 4 credits including English and at least a pass in mathematics. Those who possess qualifications above UCE should NOT apply.

Also, one must be a Ugandan Citizen Valid National ID (NIN), have no criminal record, ready to undertake the requisite twelve months Police Basic Training Course, physically fit, ready to work long hours and at times under difficult conditions, ready to work in any part of the country, possess good communication skills and must not be a former serving officers in any of the Forces.

Hand written applications addressed to the IGP accompanied by; Certified copies of Academic documents, photocopy of the National ID, photocopy of the ID of the previous schools attended, 3 recent Passport size photographs, and recommendation letters from LCI, LCII, LCIII and RDC (from the respective districts of recruitment).

These should be delivered to the Police District/Divisional Headquarters not later than 19/09/2020. Enanga says that only shortlisted Candidates shall be invited from interviews on dates to be communicated.

“We would like to further reiterate that the police is on equal opportunities employer and the process of recruitment is by rule and merit.  The effective recruitment into the force is subject to successful completion of the initial training. Therefore, all applicants are warned against giving bribes or make attempts to influence the recruitment process through politicians, unscrupulous people, intermediary agents or policemen” he warned.

He also warned that being a police officer is more than a career, but a noble calling and any persons found to be giving false promises must be reported to the nearest police station, PSU or other Anti-Corruption Agency for investigation.

Rukutana will be prosecuted; Museveni
Schools set to open for second term as Ministry of Education revises Academic Year
Advertisement