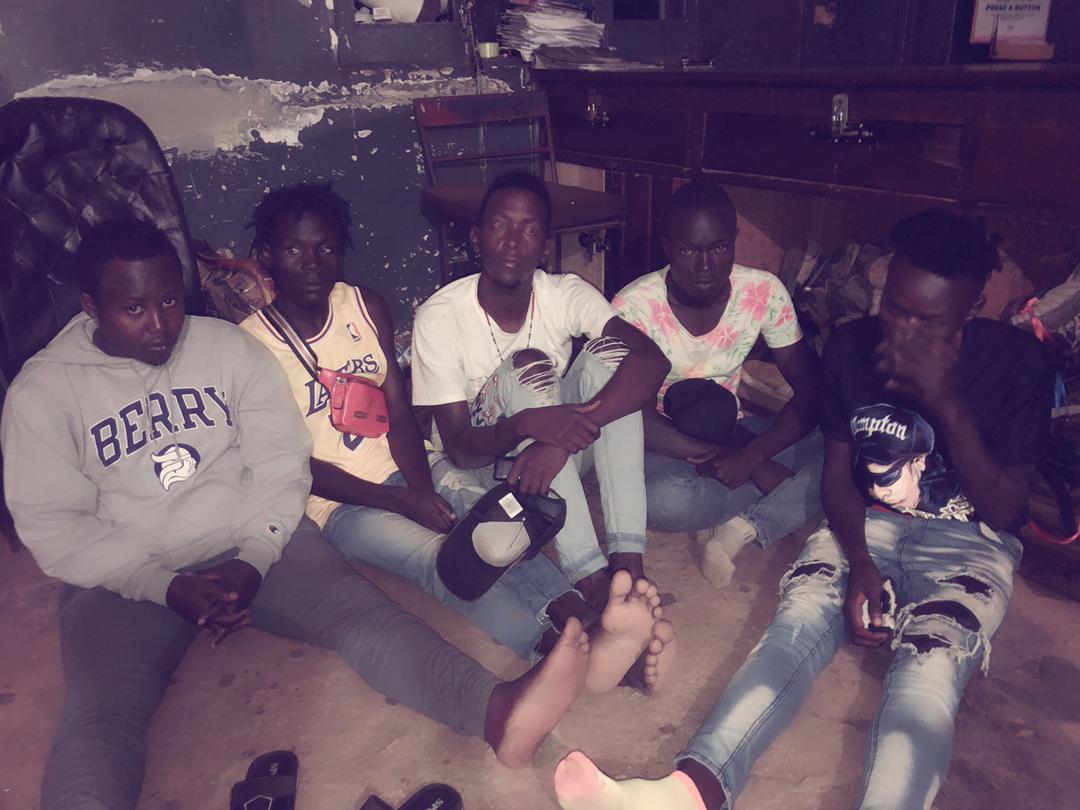 Detectives from Katwe Police station have busted a criminal gang of 9 members that has been operating in the areas of Masajja, Makindye-Sabagabo in Wakiso District following an intelligence-led operation in the wee hours of Thursday.

Commonly known as the ‘Call Call’, the gang has been defrauding people using mobile phones by calling them and claim that they have won prizes or sending fake mobile money messages.

They would also use false pretence and tell their unsuspecting victims to send them money.

They also had marijuana in their possession.

According to Owoyesigyire, the group is commanded by Michael Kinalwa, who was also arrested. The gang had for a longtime turned Kosovo zone, a no-go area, by attacking whoever is not known in the area.

“They have on several occasions stoned and ganged up against police officers during arrests in their area.  On Sunday, 07/03/2021, at around 1400 hours, they attacked one Nagasha while driving in the area and robbed her bag containing about US$30,000 and UShs300,000” Owoyesigyire noted.

Adding that one of the gang members identified as Musudan stopped the vehicle, banged the door and when the frightened lady opened the door they grabbed the bag and took off.

He alleges he took the bag and its contents to their gang leader Micheal Kinalwa, who later gave him a day’s allowance.

Nine people, including their commander, have been arrested and the operation is still going on to get rid of these criminals in the area.