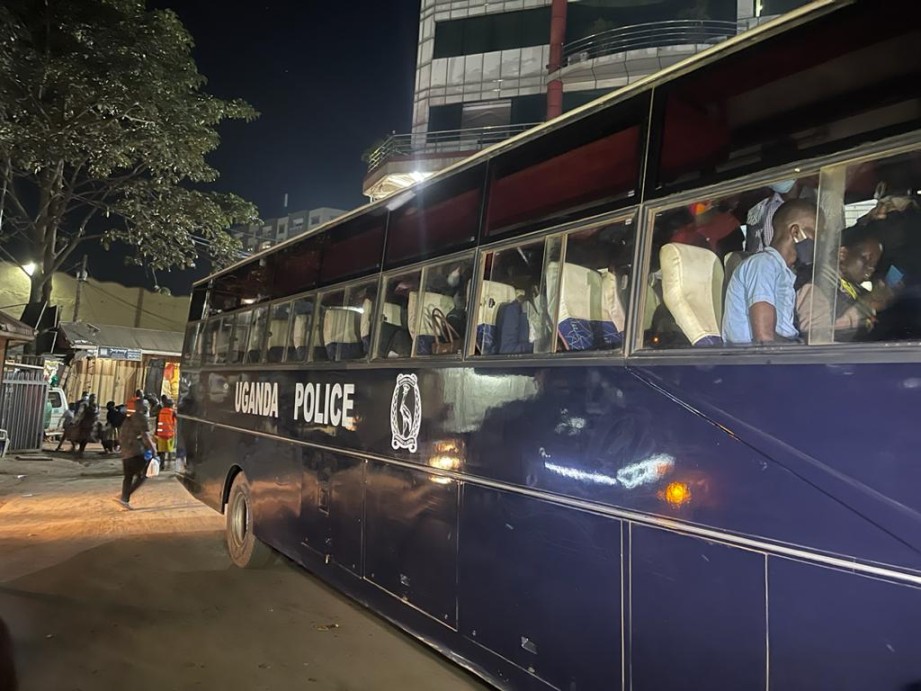 Uganda Police Force is urging members of the Public to send all students who are stranded in Kampala due to lack of transportation to their respective home districts, to board free police buses.

However, transport companies especially buses hiked their fares, due to the overwhelming number of passengers, including students who were returning home from the closed schools. Since Monday, some students in school uniforms had been sleeping in bus parks, hoping to get transport to their homes.

On Tuesday evening, the Inspector General of Police, IGP Martin Okoth Ochola announced that the Force had provided its buses to offer free transportation of students caught up due to the partial lockdown and this is ongoing.

“They transported them in 6 police buses and 20 trucks and safely delivered them in their home districts. We greatly thank the drivers, police escorts and the entire coordinating team for the wonderful job. No incidents were registered during the transportation process” Police said.

The teams are also transporting other stranded students from upcountry stations back to Kampala and other districts, on their way back. Police says the safe delivery of all stranded students who are vulnerable during this trying period of the pandemic, remains a priority.

The force applauded IGP Ochola and his leadership for the positive initiative, but also noted that all stakeholders in the public transport sector are reminded of the deadline tomorrow.

“Our enforcement on public transport will commence on the 11.06.2021 and we urge you all to abide by the guidelines of the 42 day partial lockdown.”