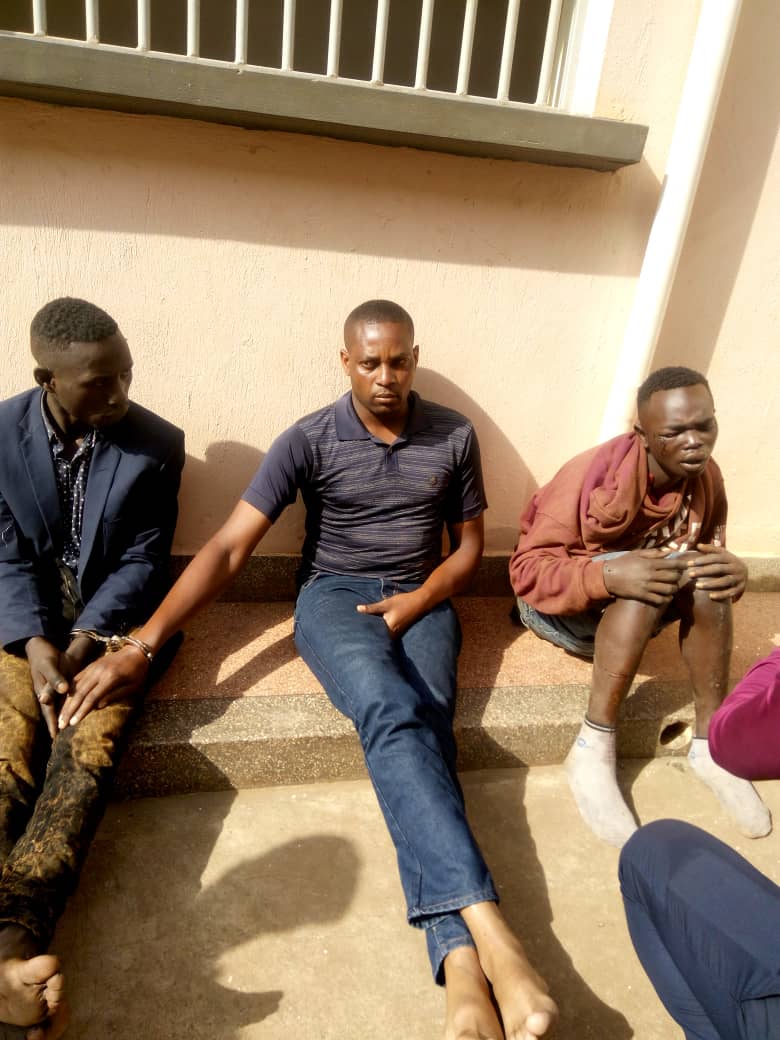 The police in Kabale District have arrested three suspects in connection with the murder of a police officer SPC Baryabakabo Galasius and robbery of his gun SMG Rifle No. 565824456 with 30 rounds of ammunition.

Galasius’s body was discovered in a centry box by a colleague who had come to take over the morning shift. The murderers used a sharp object to pierce through his fire head. He had also been tied with a tyre rubber.

Police immediately launched a hunt for the murders and has since successfully arrested three people.

Maate says they also recovered two army trousers, one army shirt and one army jacket. All the suspects are in custody as further  investigations continue.