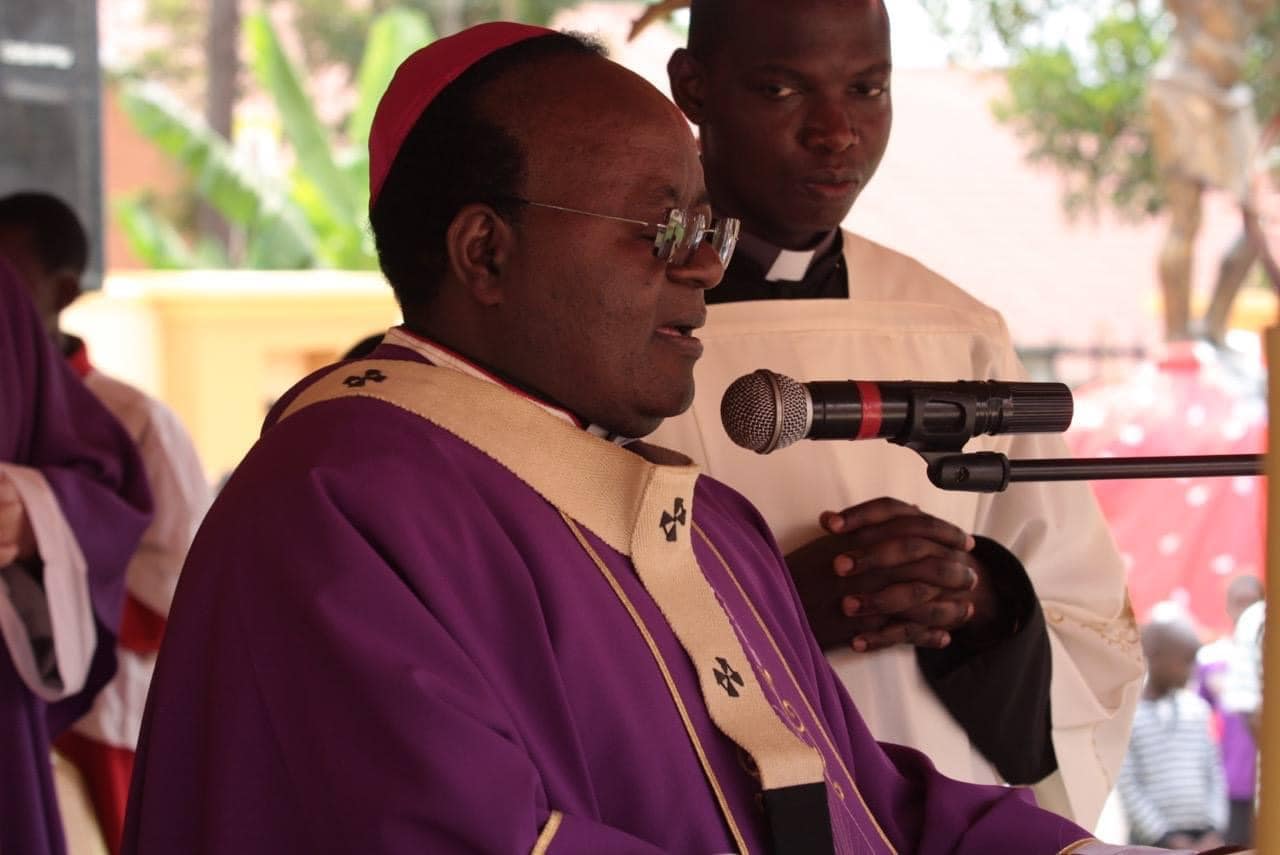 Police Crime Intelligence department has arrested 5 people following the break-in and robbery at the home of late Archbishop Cyprian Kizito Lwanga in Mukono.

Thugs broke into the residence just days after his burial last month and made off with some cash and phones.

ASP Luke Owoyesigyire the Kampala Metropolitan Deputy police spokesperson says the suspects were found with one of the phones stolen during the robbery.

“This means we have the real suspects and plans are underway to recover the other stolen properties” Owoyesigyire said.

The suspects are being held at Mukono police station as investigations into the matter continue. They will be arraigned before Courts of law.

Police at Kajjansi are investigating a case of aggravated robbery in the wee hours of Tuesday morning 4:00am at the residence of Fr. Sseguya Francis.

Fr. Sseguya told police that while at his home in Kabulamuliro, where there is also an office, and the Church, thugs armed with pangas broke through the office.

“We believe they had intentions of taking the money that was probably collected during prayers. But unfortunately for them, they did not find money and they decided to attack the home, where they tied all occupants and took 9 watches, a video camera, laptop, 9 mobile phones, passports, bank cards, documents and cash of Ugx 700,000” Owoyesigyire says.

The priest further told police that all stolen items total up to 31 Million Shillings.

Owoyesigyire says police could not respond on time as the robbery was called in at 7:00am, despite happening at 4:00am because they were tied up and could not move.

Police have kicked off investigations into the matter, focusing on builders who are working at the Church which is currently under construction.