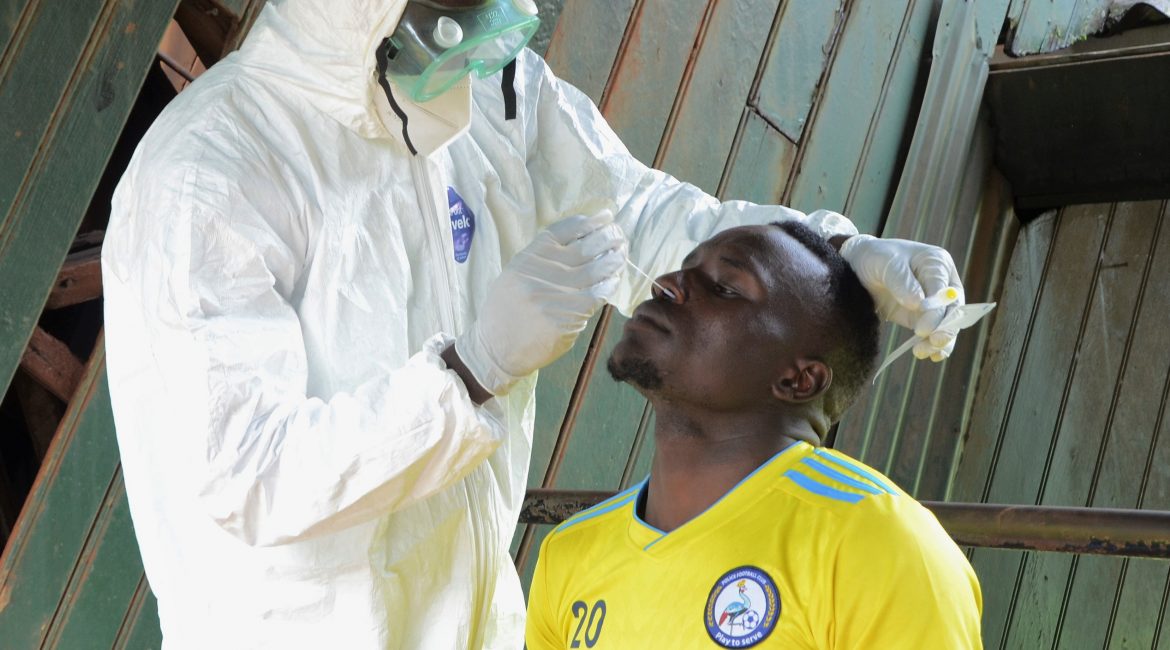 There are growing fears of a possible surge in cases of Covid-19, after the Surveillance and Rapid Response team identified four new hotspots within Arua City.

Members of Arua City Covid-19 task force have listed Arua Public cell, Hospital cell, Tanganyika cell, and Pajulu Ward in Ayivu Division, where out of every 6 people tested, 4 are found positive as per the weekly report.

The team says there is a need for more sensitization and enforcement of SOPs to avert the further spread of the pandemic in such areas.

According to Mahmoud Elias the head of the surveillance and rapid response team, the new trend requires immediate intervention through mass testing to curb the further spread of the disease.

Arua City has a positivity rate of 10 – 20 percent with 22 active cases under the management of which three are critical and seven severe, giving a cumulative total of 522 cases with 80 deaths so far. Ten of the patients are on Oxygen.

The in-charge of Covid-19 Homebased care Mathew Eyoku says some of the cases tested at private facilities have become difficult to trace and many are at large, posing more threats of spreading the disease.

However, Gilbert Karugaba the OC Arua Central Police Station says many people have continued to violate the Presidential and Ministry of Health directives on preventing Covid-19, which is why hotspots continue to exist.