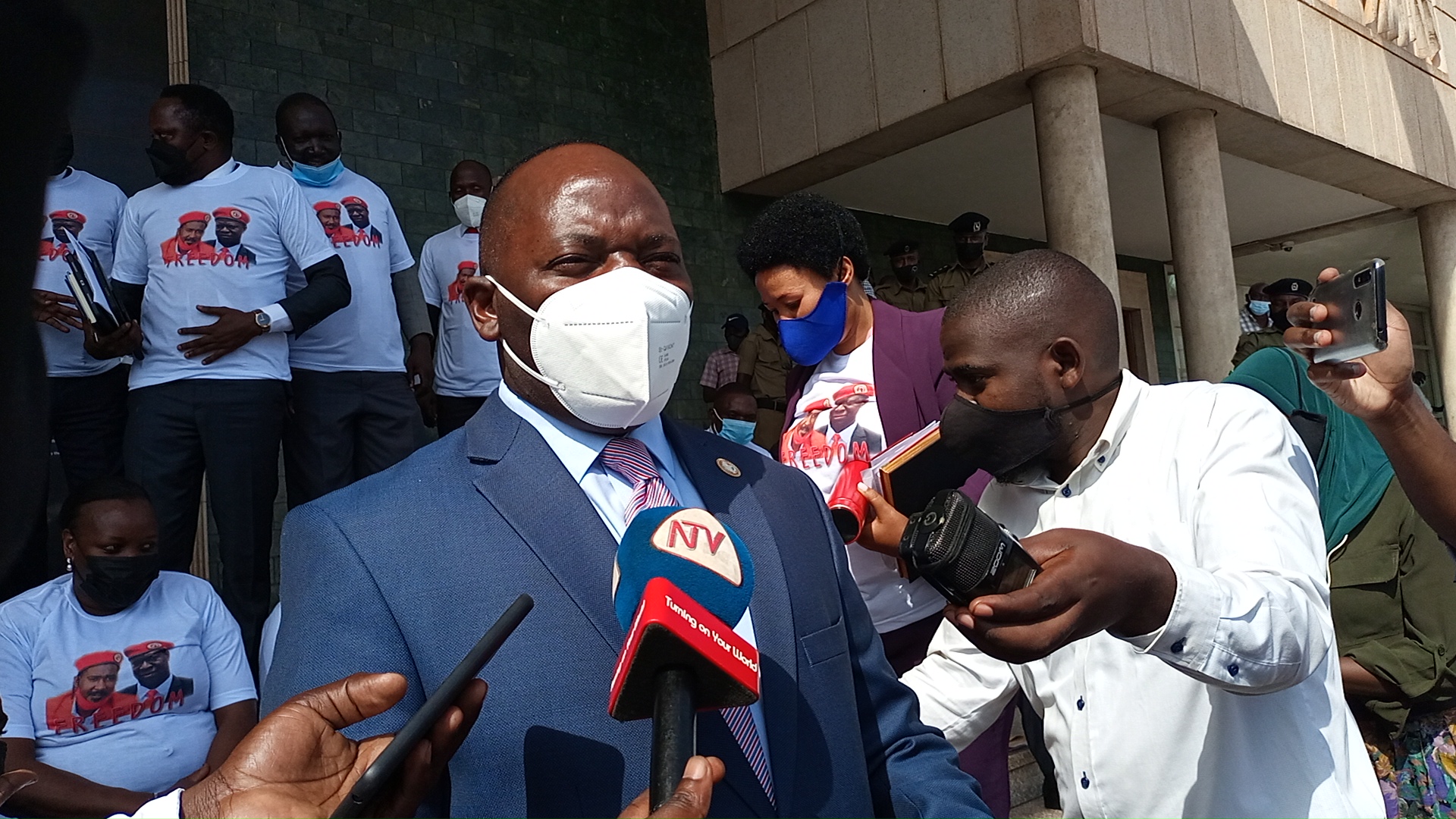 Attorney General Kiryowa Kiwanuka has told parliament that Members of parliament Allan Ssewanyana of Makindye West and his Kawempe North counterpart Muhammad Ssegirinya will be presented in Courts of law.

Kiryowa told the house that the MPs who are at the Special Investigations Division, in Kireka will be arrested for as long as they have committed offenses.

“They can go back as many times as the offenses they commit,” Kiryowa said.

This came after the Leader of Opposition Mathias Mpuuga asked Speaker Jacob Oulanya, whether he was notified of the re-arrest of the MPs, following their release from Kigo prison.

He also noted that the families of the two MPs have been denied access to them.

“Hon Ssewayana hasn’t been produced in court beyond the 48 hours and we are here legislating normally. We know that even if they were guilty, the laws of the land state how they must be treated. Without the state explaining this, we are constrained to move as though is normal business when MPs have been abducted. We ask you for an immediate explanation from govt. We seek your guidance on whether u have been briefed as was the first time” Mpuuga said.

This prompted the Speaker to adjourn the house for 15 minutes in order for the government to give an explanation.

When the house resumed, Prime Minister Robinah Nabbanja explained that it is true that the two MPs were re-arrested. She added that Ssewanyana recorded a statement in Kireka and was interrogated. The MP also said that Ssegirinya too was interrogated today in the presence of their lawyers.

Hon. Mpuuga later led members of the opposition to walk out of the house in protest.

“We demanded an explanation from the state on the abduction of our colleagues Allan Ssewanyana and Ssegirinya Muhammad. The regime Attorney General Kiryowa Kiwanuka told Parliament that the 2 are going to be resented to Court and can go back as many times as the offenses they commit. Kiryowa, a senior at the bar, was being legally scandalous which left me with no choice but to withdraw my team from the vulgar debate. The biggest statement that the criminal state had to receive is that this should not happen again. We walked out of Parliament” Mpuuga told journalists.

PM Nabbanja said that the letter to the speaker would reach his office soon, prompting the Speaker to wonder whether it was on a tortoise or boda boda.

“The Prime Minister says the letter to the Speaker is coming. I don’t know if it is coming by boda boda. But that should have come before the act” Oulanya wondered.

He adjourned the matter to 2:00 PM tomorrow.