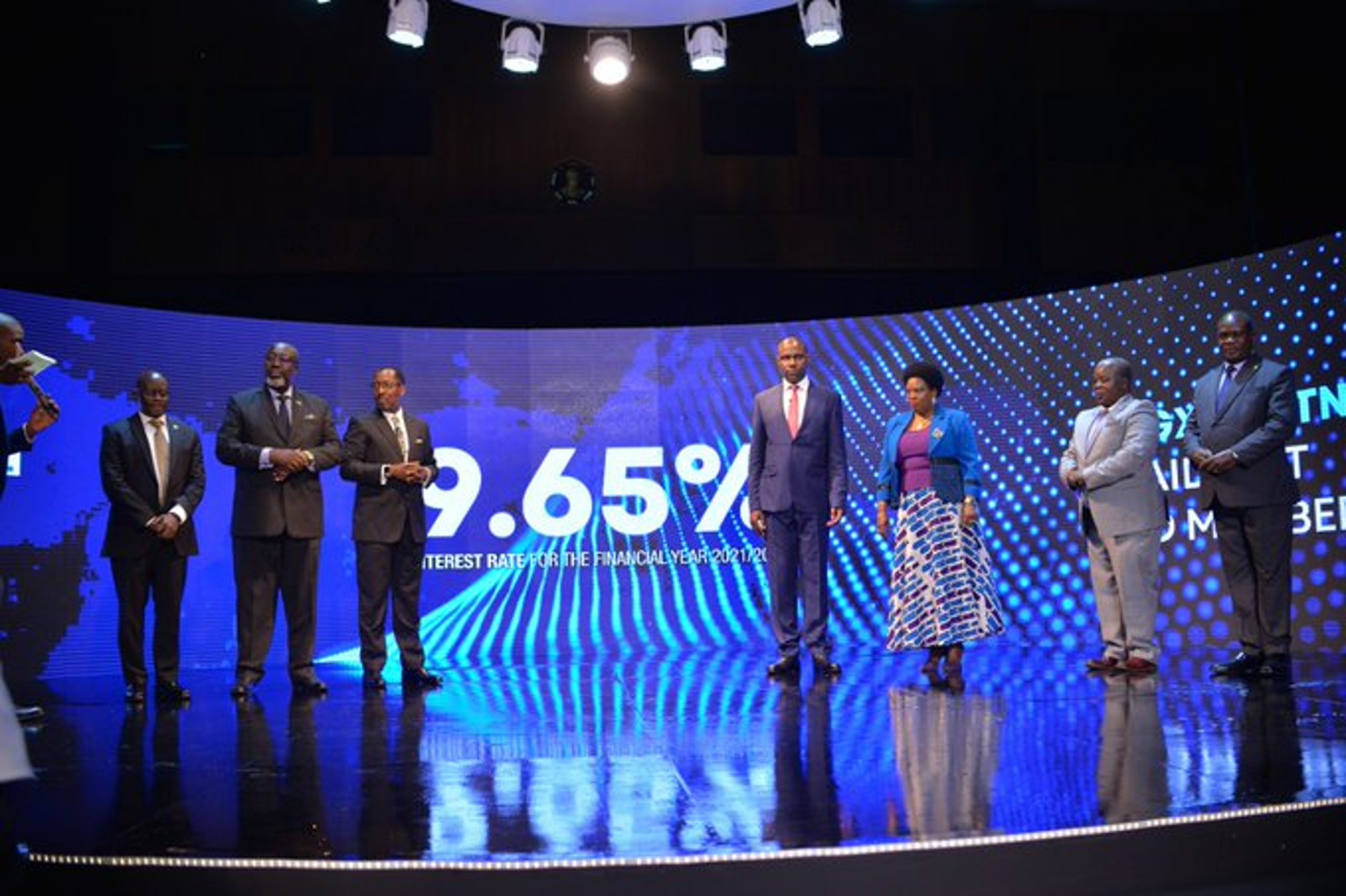 The National Social Security Fund has announced a 9.65 per cent payout to each of its savers for the year ended June 2022.

This is the first time in 15 years that the rate announced is below 10 per cent, mainly due to the implementation of the Mid-Term Access to Funds project that was introduced earlier this year. The Fund paid 10.75 per cent and 12.15 per cent for the financial years 2019/20 and 2020/21 respectively.

By policy, NSSF is supposed to pay an interest that is two percentage points above the average rate of inflation over 10 years.  But over the last 10 years, inflation has averaged 3.79 per cent and this sharp increase in the average was due to the spiralling in inflation in the second half of the year as the global commodity prices started rising sharply.

The Fund says that the high inflation rate is also affecting its performance, on top of the reduction in the projected assets due to the mid-term access.

According to the Managing Director, Richard Byarugaba, a total of 1.7 trillion was paid out in midterm access benefits to members. Byarugaba said, however, that despite these challenges, the fund remains sustainable, at a total asset value of 17.2 trillion shillings, while the member’s funds or claims amount to 16.96 trillion.

This means that even if all the savers demanded all their benefits, they would be paid in full by liquidating the assets of the fund.

Following the passing of the Mid-Term Access, the NSSF decided to invest more in short-term assets and less in the longer-term assets, which are otherwise more profitable, and these and the loss of value in investments on stocks in the region, meant a lower interest payout.

On the losses particularly arising from the Mid-term access payouts, Byarugaba says the Fund lost an opportunity to earn 92 billion shillings.

The total membership of the Fund currently stands at 1.33 million while, according to the figures, only 630,000 are active, meaning that more than half of the total number of accounts are dormant.

Betty Amongi, the Minister for Gender, Labour and Social Development appealed to savers to go for their funds only when there is no other option for survival. She says the government was forced to amend the law allowing access to 20 per cent of the funds before retirement, because of the then economic hardships, and this affected the value of the fund and the interest.