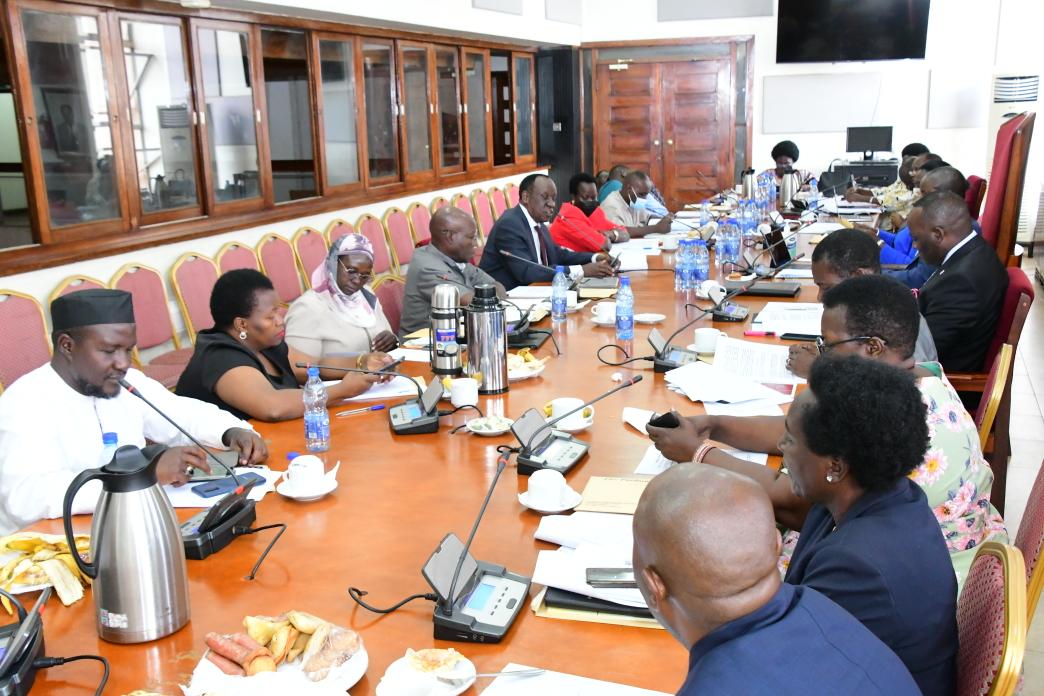 The newly appointed members of the Uganda Human Rights Commission -UHRC have been tasked to ensure that human rights abusers, especially security officers are held accountable.

The task was given to them by Parliament’s Appointments Committee
chaired by Deputy Speaker Thomas Tayebwa which convened on Monday to vet the three new Commissioners appointed by President Yoweri Museveni.

The commissioners include the former Kassanda South MP, Simeo Nsubuga, former Burahya MP, Col. Steven Basaliza and the former Commissioner for Physical Education and Sports in the Ministry of Education, Omara Apita.

Security agencies have been consistently ranked highly as abusers of human rights. A report by Human Rights Watch issued in March said that security agencies were responsible for different cases of enforced disappearances, torture, and detention without trial, among others.

Col. Retired Steven Basaliza, who formerly served on the Human Rights Commission, says that the Appointments committee tasked them to intensify their work to ensure that errant security officers are held responsible.

“Every member of the committee who asked questions wanted to know what am I supposed to do when I go back especially on issues of human rights in the country, in my view, they rated me as somebody who has the experience,” said Col. Basaliza shortly after stepping out of the vetting committee. Basaliza pledged to go for individual security officers who abuse the human rights of others.

Simeo Nsubuga, a former police officer, also told journalists that the committee was concerned about whether he would be able to take action against security officers who abuse human rights once he is approved as a Commissioner.

Nsubuga is famous for threatening to kill a journalist during election campaigns in 2020.

Apita Omara also said that the issue of abductions was prominently raised by the Appointments committee and that he is to ensure that the laws of Uganda are followed. He says that people carrying out arrests should be clearly identified and the places of detention known to relatives of the victims.

Omara retired from the Ministry of Education in 2020, after clocking 60 years, which is the official retirement age for public servants in the country.
Deputy Speaker Tayebwa says that his committee will submit its findings to the appointing authority.