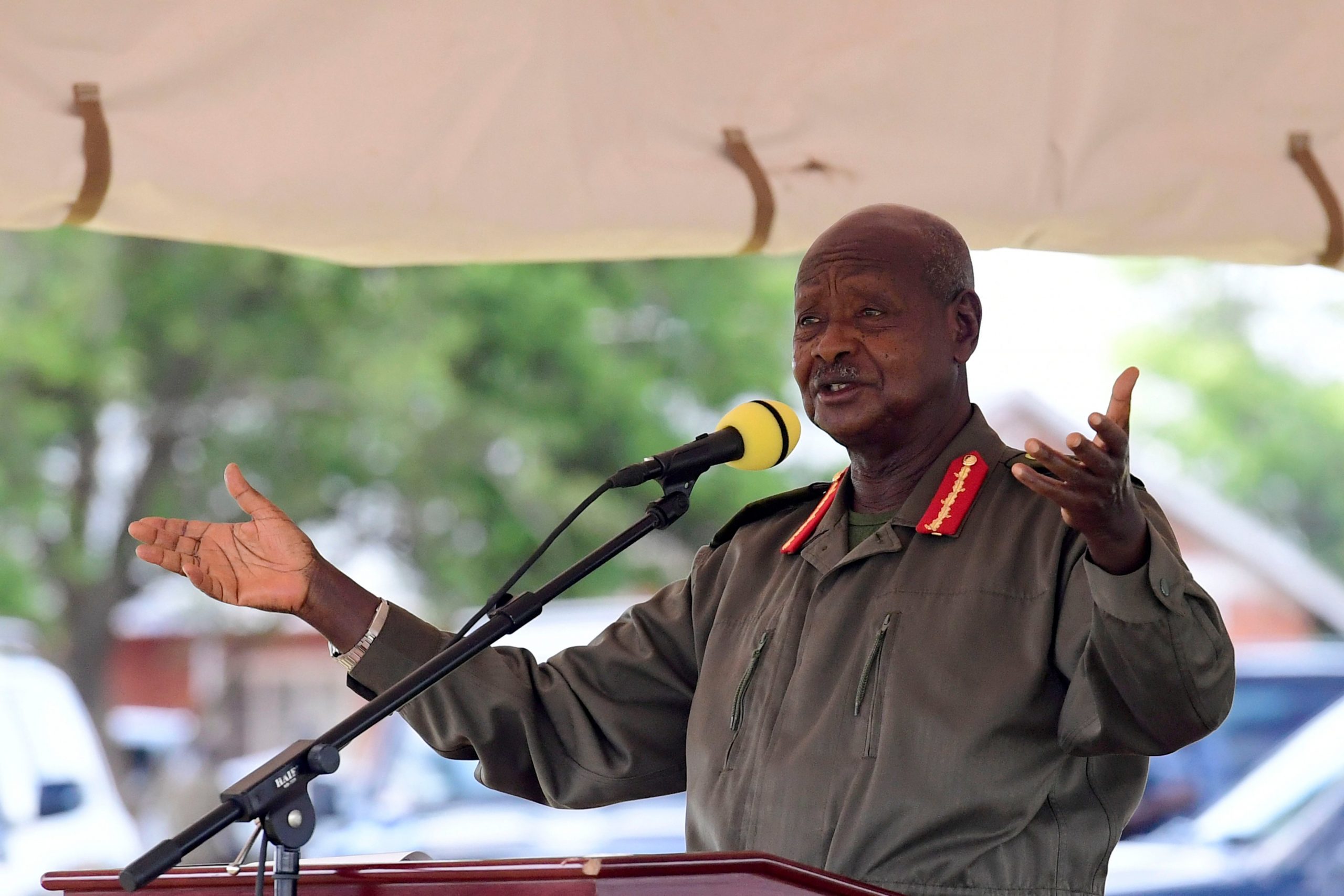 The first South African variant of COVID 19 virus (B.1.351) on 11th March 2021 was confirmed in Uganda from samples collected from two individuals in Kampala City, President Yoweri Museveni has revealed.

While addressing the nation on Friday night, the President said he received information from the Ministry of Health that from samples collected between the end of February 2021 and 10th March 2021, the Ministry has observed more South African variants, and several newer variants – B.1.525 genomes commonly known as the variant coming out of Nigeria and United Kingdom.

He added that a separate, previously undescribed variant—that has been labelled the A.23.1 seems to be widely circulating in Uganda.

“We still do not know how this variant behaves in human infections, but our scientists are trying to understand this. The true extent of the distribution of the new variants in Uganda is still under study by the Ministry of Health. However, it is important to note that in other parts of the world, the mutations of B.1.525 (the United Kingdom variant) have shown; Increased transmissibility; Increased severity of COVID 19, even among young people and Potential immune escape (immune system of an individual is no longer able to respond to an infectious agent) which may reduce the effectiveness of vaccines

Moreover, infection with some of these variants presents un-usually, with no warning signs of cough or loss of smell, and a rapid progression to respiratory failure” President Museveni revealed.

He noted that what is known from science is that the quick deployment of vaccines and other prevention measures reduces the circulation of the virus in the population and the chances of new variants emerging.