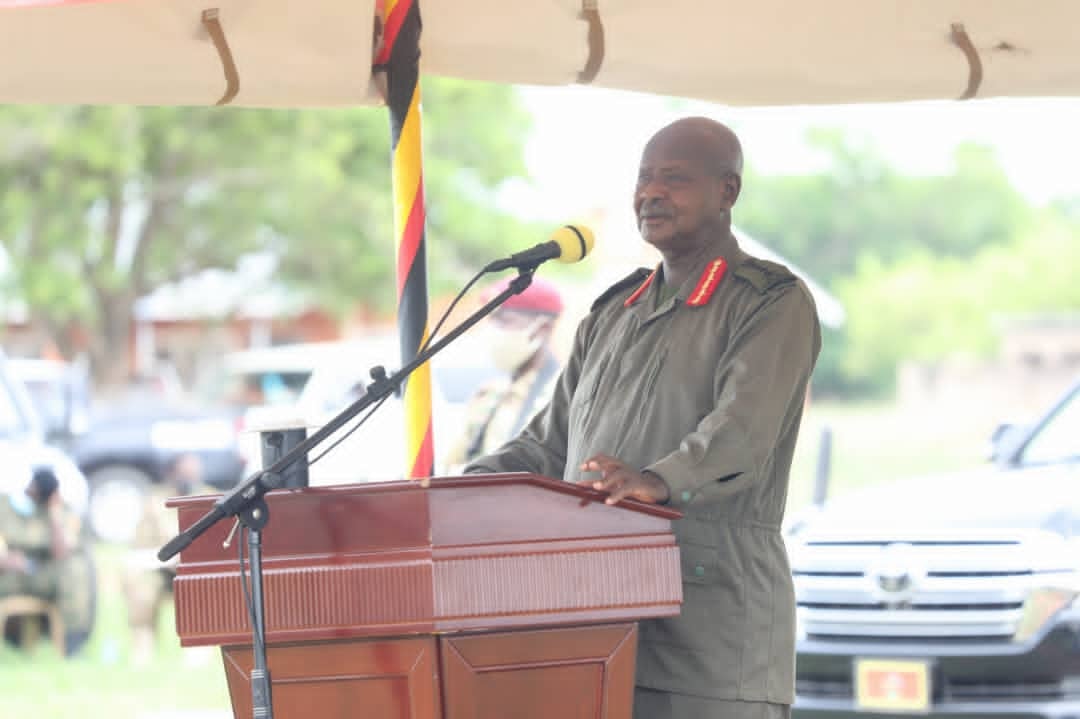 Newly elected Members of Parliament subscribing to the ruling NRM Party have been urged to pay attention to the problems faced by their people and find means of solving them.

The call was made by President Yoweri Museveni, who is also the NRM national party chairperson, while officially opening the party’s retreat for newly elected MPs at the National Leadership Institute at Kyankwanzi.

The President was received by members of the Central Executive Committee before he addressed the MPs.

“First of all, I congratulate you upon being elected as MPs. It is good we have started with this retreat so that you don’t make mistakes which many other leaders have done and have failed,” the president told party MPs.

“Leadership is not accidental. You can’t do things by chance. You must know problems of the people you are leading so you solve them and the people will be grateful and treasure your contribution.”

Mr. Museveni added that the retreat will greatly help them identify their mission as leaders and how to successfully achieve their goals.

He further told the leaders that if they do public relations for themselves and don’t solve people’s problems, they will be abandoned by the electorate.

“When you don’t solve people’s problems, they abandon you. I want you to appreciate issues that affect masses. All this we have talked about before but people don’t take them serious and by the time they realize this, it is too late, “Museveni said.

“Those villagers must change. You can’t continue having pre-industrial people in an industrial age. When you go to parliament, it is not about sitting, standing and shout but about how the homesteads in your villages will get incomes, good houses, electricity, safe water and transport means.”

President Museveni told the legislators that the retreat ought to help them ideologically change to think about how to strategically secure Africa. He however warned the MPs that to uplift the electorates, they don’t need to use their own money but rather show them what to do.

He urged the newly elected MPs to help him implement some of the issues that have failed for a long time. Party Secretary General, Rt Hon. Justine Kasule Lumumba applauded President Museveni upon being re-elected as president for another term.

“I want to congratulate you upon being re-elected by majority of Ugandans to lead this country for the next five years. As national chairman, thank you for providing ideological clarity as the leader of the party which leads us to success. I also congratulate all NRM MPs upon election. Our responsibility as a party is to improve the livelihoods of Ugandans,” Lumumba said.