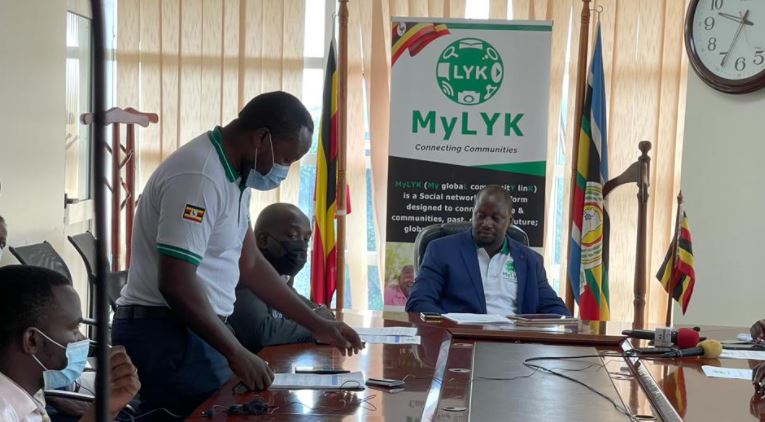 The new platform was unveiled during a press briefing held at the Ministry of Tourism offices in Kampala on Friday.

According to Hon. Andrew Aja Baryayanga, the project Team Lead, the new social networking platform was designed by Ugandans for Ugandans and is aimed at connecting people and communities, as well as preserving Ugandan history and heritage as a resource for posterity.

“We want to create and archive memories while providing a platform to everyone all over the world to connect and create meaningful friendships, relations, beneficial associations and legacies of people in their communities as well as preserving languages, history and heritage as a resource for posterity,” Andrew Aja Baryayanga said

He further revealed that users  will be rewarded for using the platform.  “Users will earn LykCoins for performing different tasks on MyLYK. These can be redeemed and converted into funds for running ads or can be spent on affiliated products and services on MyLYK.” Andrew Aja Baryayanga  added.

Brian Acaye, the lead developer on the project, says the platform has several features such as communities, marketplace, jobs, and blogs among others to make it fun and interactive.

“Users are able to post different kinds of fun media including texts, images, videos, links, and stickers,” Brian Acaye said, adding that users are also able to interact with each other and communities through real-time chats, voice & videos call.

MyLYK is available for download on both the Google Play Store and App Store. It can also be accessed via web at www.mylyk.net.