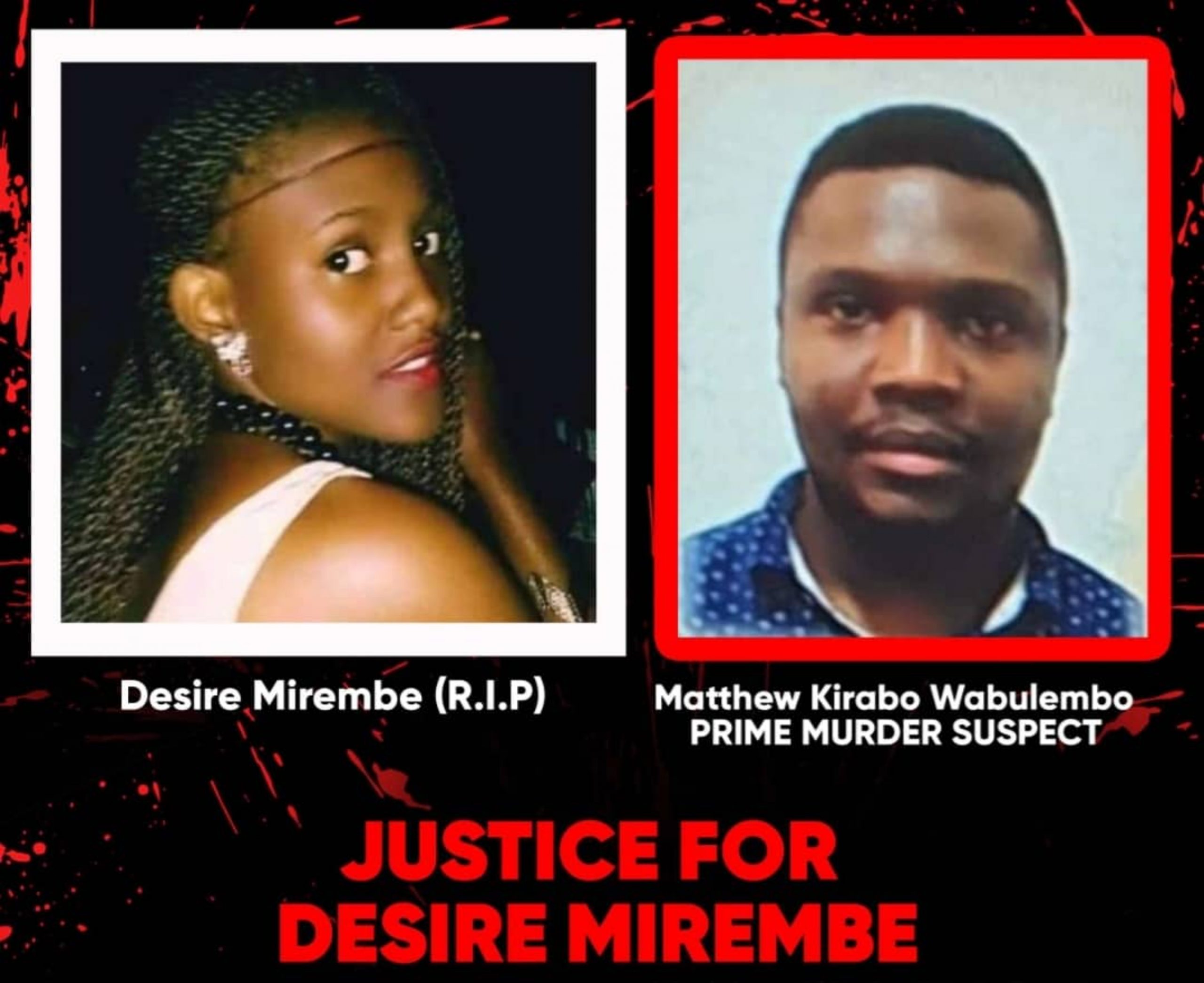 Matthew Kirabo has been found guilty by Court assessors for the murder of his late girlfriend, Desire Mirembe, a former Makerere University medical student.

The assessors, Robert Sseguya and Grace Nakandi on Monday morning asked Mukono High court Judge Henry Kaweesa Isabirye to find Kitrabo guilty after carefully reviewing and examining all the evidence in the matter.

The assessors are present during high profile or complicated cases listening to the evidence and later use this to assist the judge with input on the merits of the case before judgment is handed down.

Justice Henry Kaweesa Isabirye, after listening to the assessor set May 30, 2022, to deliver his verdict.

Court heard that Mirembe was murdered in July 2015 by her then-boyfriend Matthew Kirabo who reportedly confessed to the murder.

Kirabo was then charged before Jinja Chief Magistrate.s Court with murder and remanded to prison until November 24, 2016, when he successfully applied for bail to complete his Bachelor’s degree in Medicine at Makerere University.

Later, the case moved to Mukono on the instructions of the then Principal Judge Yorokamu Bamwine after the state complained that the crime was committed under the jurisdiction of Mukono.

In May 2021, the Principal Judge, Dr Flavian Zeija, promised to fast-track the hearing of the matter following complaints from the deceased’s family.
Emmanuel Musoke The deceased’s father welcomed the assessors’ comments of finding Kirabo guilty of murdering his daughter. The accused is still at large after skipping bail.

Warder dies after falling into open septic tank at Masafu prisons
Man in trouble for the murder of his wife, baby
Advertisement