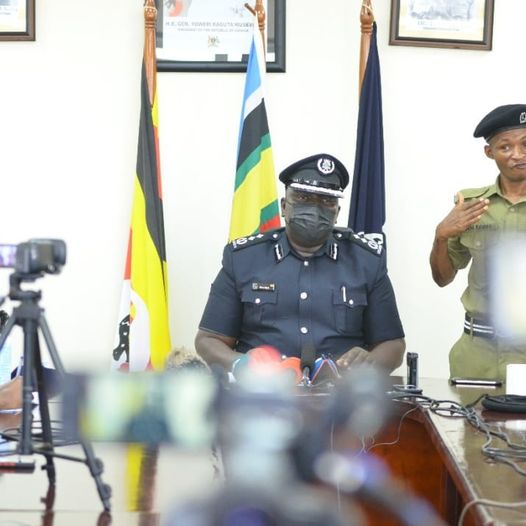 Police have charged to Court a man who attempted to kill his wife by burning her with a saucepan full of beans.

Waligo Richard a resident of Nsambya, Kimwanyi Zone, in Makindye Division, is charged with Domestic Violence and Attempted Murder of his wife, Namwase Esther.

It is reported that the two have been living in an abusive relationship for many years, which culminated in the burning of the wife, with a saucepan full of hot beans on 07.03.2022.

The beans had been boiling on a charcoal stove before Waligo poured them on the victim leaving her with severe burns on the back and the buttock area as she tried to run away from danger.

CP Enanga Fred Police Spokesperson says the couple has been married for 14 years and blessed with five children.  They, however, accuse each other of indulging in extramarital affairs.

The suspect who had escaped was tracked down and arrested in Gomba district. He was charged at Makindye Chief Magistrate Court and remanded at Kitalya Government Prison till 17.05.2022.

“We want to thank UGANET, an NGO which rehabilitates victims of Domestic violence for the medical and psychosocial support extended to the victim. They worked with the SGBV department at CID Headquarters to rescue the victim, who lacked financial support and means of movement to the hospital since she had started rotting and could not sit on a bodaboda or in a vehicle due to the burns in the buttock area,” says Enanga.

He strongly condemned such acts of brutality. He further noted that despite the fact that there are staggering levels of domestic abuse in communities, the UPF is no longer treating domestic abuse lightly.

“The Department of CFPU in close coordination with CID and other stakeholders from the Ministry of Gender, Social care service, NGOs are now more focused and visible, with better response to victims of domestic abuse, and the subsequent investigation,” he explains.

Meanwhile, there was another incident of violence due to the use of hot water, in the Tororo district, where Joy Nambozo, attacked Katek Hope, a 23-year-old, female adult, and resident of Bison Maguria B, Western Division, Tororo Municipality, Tororo City, on suspicions of loving her husband called Fazio.

She boiled hot water on 30.04.2022, and poured it on Katek Hope, her sister Owere Doreen, aged 18 and her son Mukite Jesse, aged one and a half, thus inflicting serious burns on the trio.

The suspect escaped and is wanted by police in Tororo.  The victims were rushed to Tororo main hospital, where the child, unfortunately, died on 02.05.2022.  The sister of the suspect identified as Mutonyi Rose was arrested for being an accomplice.

Continue Reading
You may also like...
Related Topics:Domestic Violence, Featured

Teacher in trouble over aggravated defilement of Three-and-a-half-year-old child
Police hunt for armed robbers who shot, and killed security guard at a fuel station
Advertisement