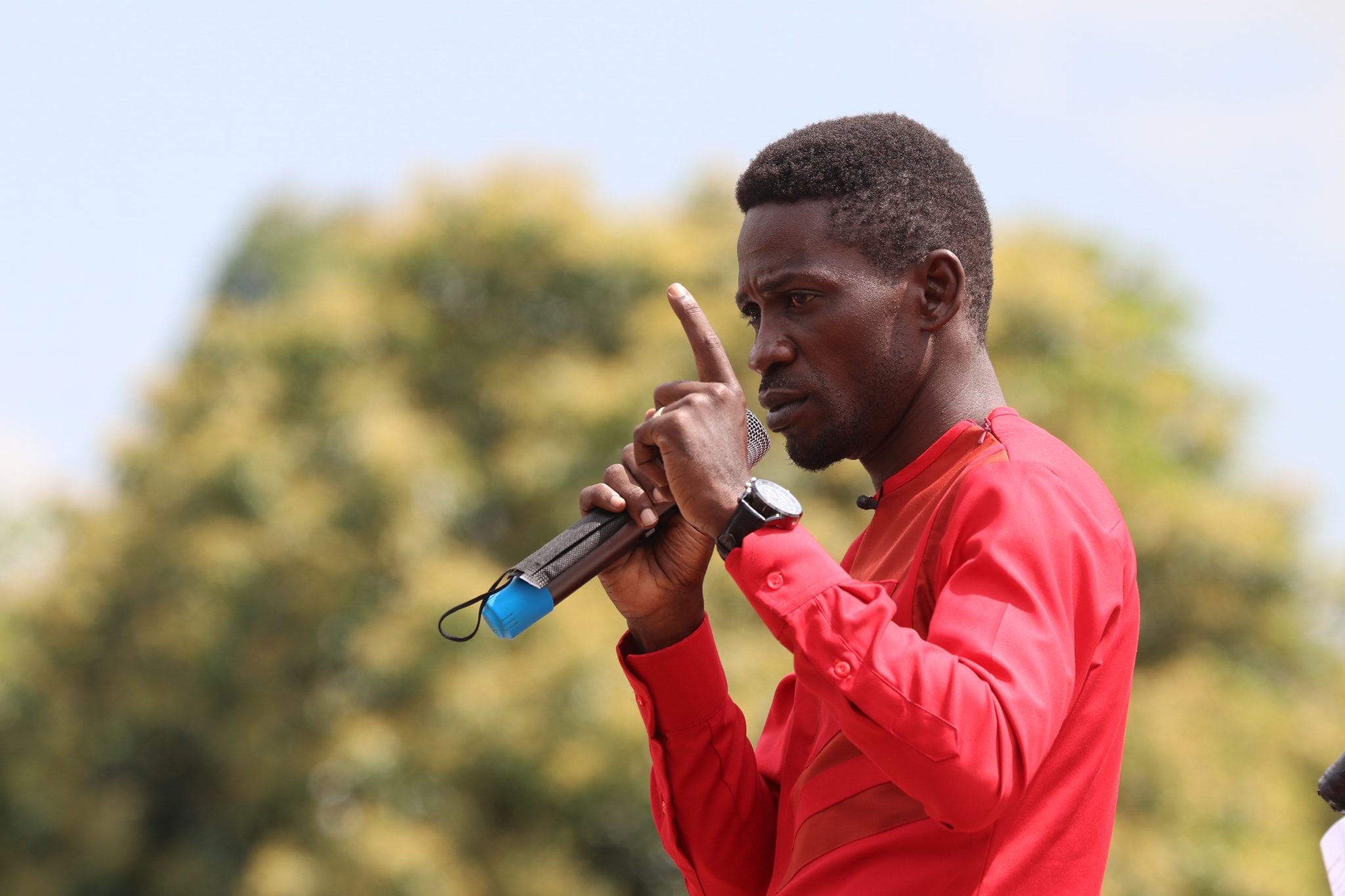 Former Presidential candidate and National Unity Platform, NUP party President Robert Kyagulanyi Ssentamu has threatened to withdraw his election petition if Supreme Court if it continues to block his evidence from being submitted.

He will instead withdraw the case and take the matter before the public court.

Kyagulanyi said this while addressing the media at the party offices in Kamwokya on Tuesday morning. He also called for the removal of Chief Justice Alfonse Owinyi Dollo, Justice Ezekiel muhanguzi & Justice Mike Chibita from the panel listening to his Petition, alleging that they are conflicted due to their close relationship to President Museveni.

“Among many concerns, we had a concern of the Chief Justice of Uganda Hon. Owiny Dollo who we all know had and still has close political and professional relationships with the defendant Gen. Yoweri Museveni. We know that the chief Justice was Museveni’s lawyer in the 2001 presidential election petition, we know he is a former minister in the NRM government, but most recently all of us saw the Chief Justice hosting the defendant” Kyagulanyi said.

According to the former presidential candidate, the Chief Justice requested for some things to be done in the next one year by the defendant in his capacity as president, while handling a Presidential petition at the same time.

Kyagulanyi also noted that Justice Mike Chibita has also worked closely with Gen. Museveni in the past and must also be compromised. He added that they went to Court with the aim of getting an election annulment and at least exposing the corrupt system, but that the Supreme Court has not given them a chance to do so, as Court decided to expose itself.

“You all are aware that we were blocked from filing our petition on a Saturday, but the NRM lawyers were allowed to file their response on a Saturday. We decided to amend our petition, but we were shocked that the Supreme Court of Uganda rejected the Amendment to our petition. Why? Because we had brought even stronger grounds, like the fact that Gen. Museveni was not qualified to run for president. The Supreme Court shamelessly rejected our amendment which was legally justified” Kyagulanyi said.

He added that the Supreme Court wants to turn justice into a mockery and that his party NUP, will not allow to be a part of such a process.

“We want to put the Supreme Court on notice, that if this persists, we are not going to be part of that mockery of justice. We want the Chief Justice not to be part of this hearing. Not just the Chief Justice but also people like the Hon. Mike Chibita and Ezekiel Muhanguzi. So, we join all voices that are demanding that they recuse themselves from hearing this case because we do not expect any justice from them” he warned.

“We also put the Supreme Court on notice that we expect them to be partial, we expect them to conduct this trial in a just manner. Therefore, if that is not reached, if obviously biased Justices are still in this case, if our evidence which is already in the Supreme Court but they are still refusing to admit it, if they continue to block us from bringing evidence, if they don’t accept clear evidence, then we shall have no option but to withdraw from their Court. And when we do that, the next step will be taking our matter to the Court of public Opinion” Kyagulanyi threatened.

Kyagulanyi went petitioned the Supreme Court after losing the election to Yoweri Kaguta Museveni, the NRM party president. He however claims to have evidence of vote rigging among other election irregularities that allegedly marred the January 14th 2021 election.

It remains unclear if his grounds are strong enough to force the three Justices mentioned, to recuse themselves from the bench.