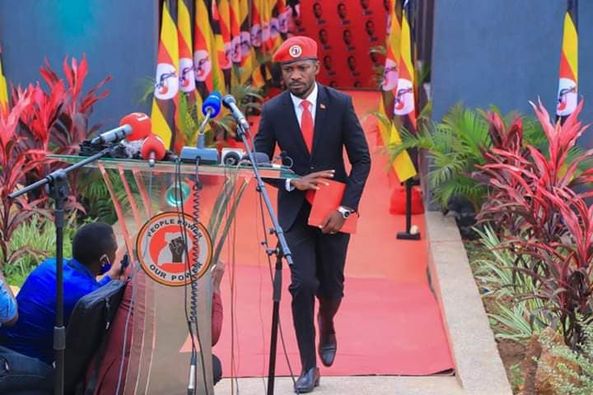 In the petition, Kyagulanyi demands among others, the nullification of the entire election which he believes was not free and fair.

The petition is filed against three respondents; Yoweri Kaguta Museveni, the National Resistance Movement and the Attorney General. He assembled a team of tough lawyers from 5 different law firms including the Kampala Lord Mayor Erias Lukwago who is the lead counsel.

Museveni was on Saturday January 16th 2021 announced winner of the Presidential election, beating 10 other, Kyagulanyi inclusive. While in the first 45 hours he was announced winner with 5,851,037 votes representing 58.64 percent against Kyagulanyi’s 3,475,298 votes representing 34.85 percent, Justice Simon Mugenyi Byabakama the EC chairman said these were not the final results.

However, Kyagulanyi claims the election was rigged to favor the incumbent and wants the results overturned. In his petition, he argues that the election was invalid as it was not conducted in accordance with the principles laid down in the laws governing elections such as the constitution, the Presidential Elections Act and the Electoral Commission Act.

Kyagulanyi further accused the Electoral Commission of having arbitrarily and unlawfully issued campaign guidelines which hindered a free and fair campaign to his disadvantage and only enforced the said guidelines selectively to favour Museveni.

The petitioner also accuses Mr. Museveni of committing acts of bribery by providing or causing the provision of money and other gifts to voters with the intent to cause them to vote him instead of Kyagulanyi.

He then accuses the Attorney General of allegedly refusing to amend the relevant laws which would ensure a free and fair elections as directed by the Supreme Court in their orders arising from the previous presidential election petitions.

Kyagulanyi wants the Supreme Court to order for fresh elections and issue a permanent order restraining UPDF and intelligence services and Resident District Commissioners from involving themselves and interfering with the electoral processes in future.