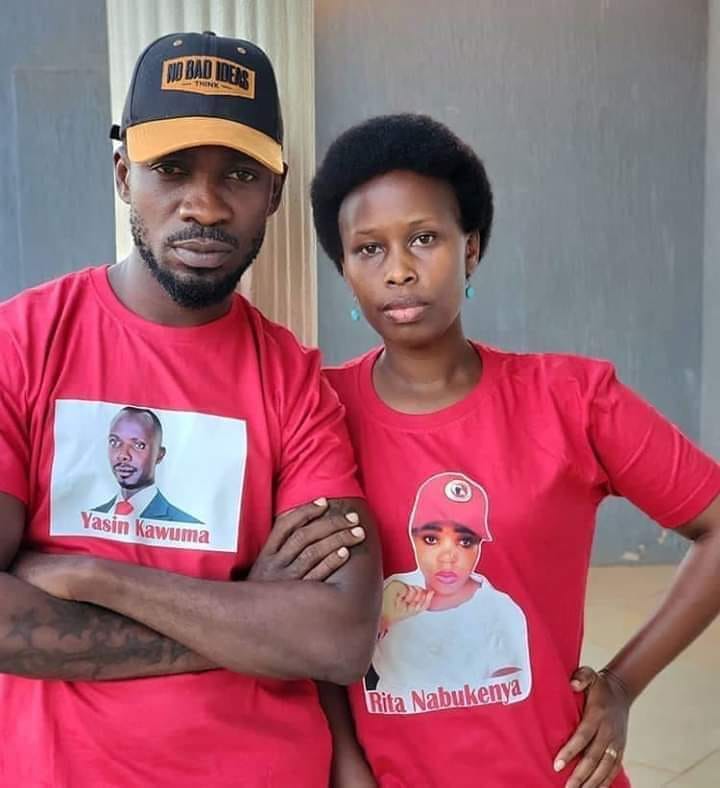 The National Unity Platform party presidential candidate Kyagulanyi Ssentamu Robert has set off for West Nile where he will officially launch his campaign program starting tomorrow.

The launch will take place in Pakwach district on Tuesday. The team has set off from Kampala this afternoon, after a press conference that was held at the party headquarters in Kamwokya on Monday morning.

During the press conference, Kyagulanyi thanked the people of Mbarara for welcoming them and baptizing him with a new name of Musinguzi.

He told the NUP supporters that today they begin a journey that will end in state house.

“We are heading to Arua to officially start our presidential campaign. Why Arua? As all of you know that some two years ago, I was supposed to be a dead man in Arua. There was an assassination attempt that unfortunately took the life of my driver and friend, Yasin Kawuma. Many people were brutalized, the regime did every evil thing to us, but by the grace of the Mighty God we are still here and only getting strong” Kyagulanyi noted.

According to the presidential candidate, the campaign in Arua is dedicated to the late Yasin Kawuma who lost his life in the same place on August 13th 2018.

“Yasin, you may not be here with us, but you are here in us. You are moving with us and we promise to never ever disappoint the cause for which you had to pay the ultimate price, your life. We are going to Arua” he added.

He called upon Ugandans to embrace the 2021 election as a revolutionary one. Kyagulanyi warned Mr. Museveni to be scared, because he is facing the making of history.