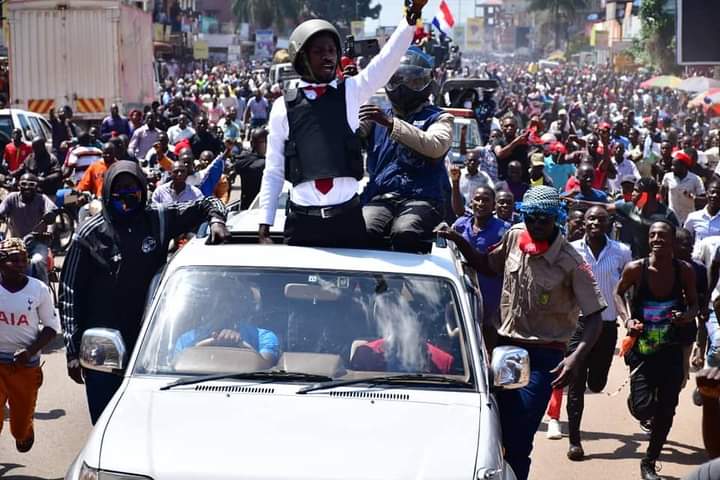 Former presidential candidate Robert Kyagulanyi alias Bobi Wine has announced plans for ‘peaceful’ demonstrations by Ugandans at home and abroad, against abductions of Ugandans and his January 14th loss of election which he claims was rigged.

Kyagulanyi rushed to Court but later announced withdraw of the petition citing bias of the Supreme Court Justices. Now, Kyagulanyi says it is time to enter a new phase of the struggle.

“As we promised when we withdrew the Election Petition from the Supreme Court, we are bringing this matter to the People of Uganda! As always, the regime is desperately trying to claim that we are planning violent protests. NO. We are calling upon all of you citizens of good will to demonstrate peacefully and unarmed, a right guaranteed by Article 29 of the Constitution” Kyagulanyi justified the call for demos.

He noted that they are demonstrating with four demands which include;

That they won the January 14th election. “Our computation from the DR forms shows that we won with 54.19%, despite the massive ballot stuffing which Gen. Museveni engaged in. This morning we have given details of our election results, and thereafter we’ll release the DR forms on our website. We demand that Gen. Museveni returns the victory of the people of Uganda. If he claims, even remotely that he won this election, we demand that there is an INDEPENDENT AUDIT of the election.”

They are demanding that President Yoweri Museveni and the NRM government immediately stop abducting the people of Uganda, that the President and his security operatives #BringBackOurPeople who who were abducted. “We are demanding that Gen. Museveni immediately releases all political prisoners dead or alive; including those who are in prisons and those who are in torture chambers across the country.”

And that President Museveni immediately stops the trial of civilians in the General Court Martial and other military courts.

Police on Monday warned against what they termed as “Illegal violent demonstrations” being planned by the NUP party members. AIGP Edward Ochom the head of operations directed all RPCs, DPCs and Unit Commanders to deploy and thwart any kinds of demonstrations.

He also called for curfew time to be respected and all COVID-19 regulations to be followed to the latter.