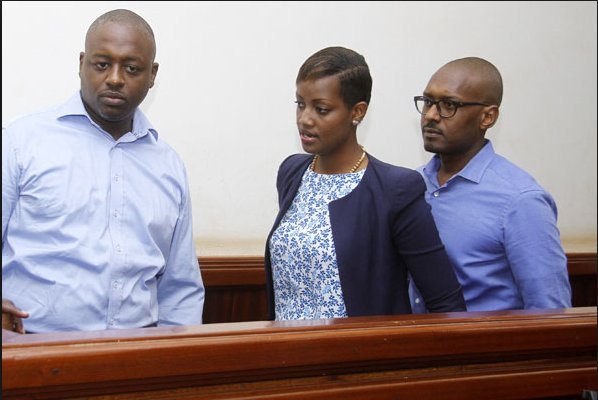 The trial murder Mathew Kanyamunyu where he is jointly charged with his Burundian girlfriend Cynthia Munangwari and his brother Joseph Kanyamunyu for allegedly shooting a children’s rights activist Kenneth Akena to death will not kick off today Tuesday October 20, 2020 as earlier planned.

It has instead been postponed to October 27 2020 due to the lack of funds. The trial is among the 40 criminal cases that were expected to be heard starting today before the High Court Criminal Division Judge Stephen Mubiru. They were to be concluded within 45 days.

But, Jameson Karemani the Judiciary Public Relations Officer says the case will not be taking off due to lack of funds to enable the smooth running of the session which are yet to be received.

On November 12, 2016 along Kampala-Jinja Highway near Malik Car bond, opposite the main gate of Uganda Manufacturer’s Association in Lugogo Nakawa Division, Kanyamunyu shot and killed Akena.

Kanyamunyu who had had pleaded not guilty before the trial Judge, recently visited Akena’s kinsmen and confessed to the crime, explaining that what he did was evil, though he did not know what had come over him.

Meanwhile, Karemani is optimistic that by the end of the next week, they will have secured some funds to enable the special criminal session to be conducted.