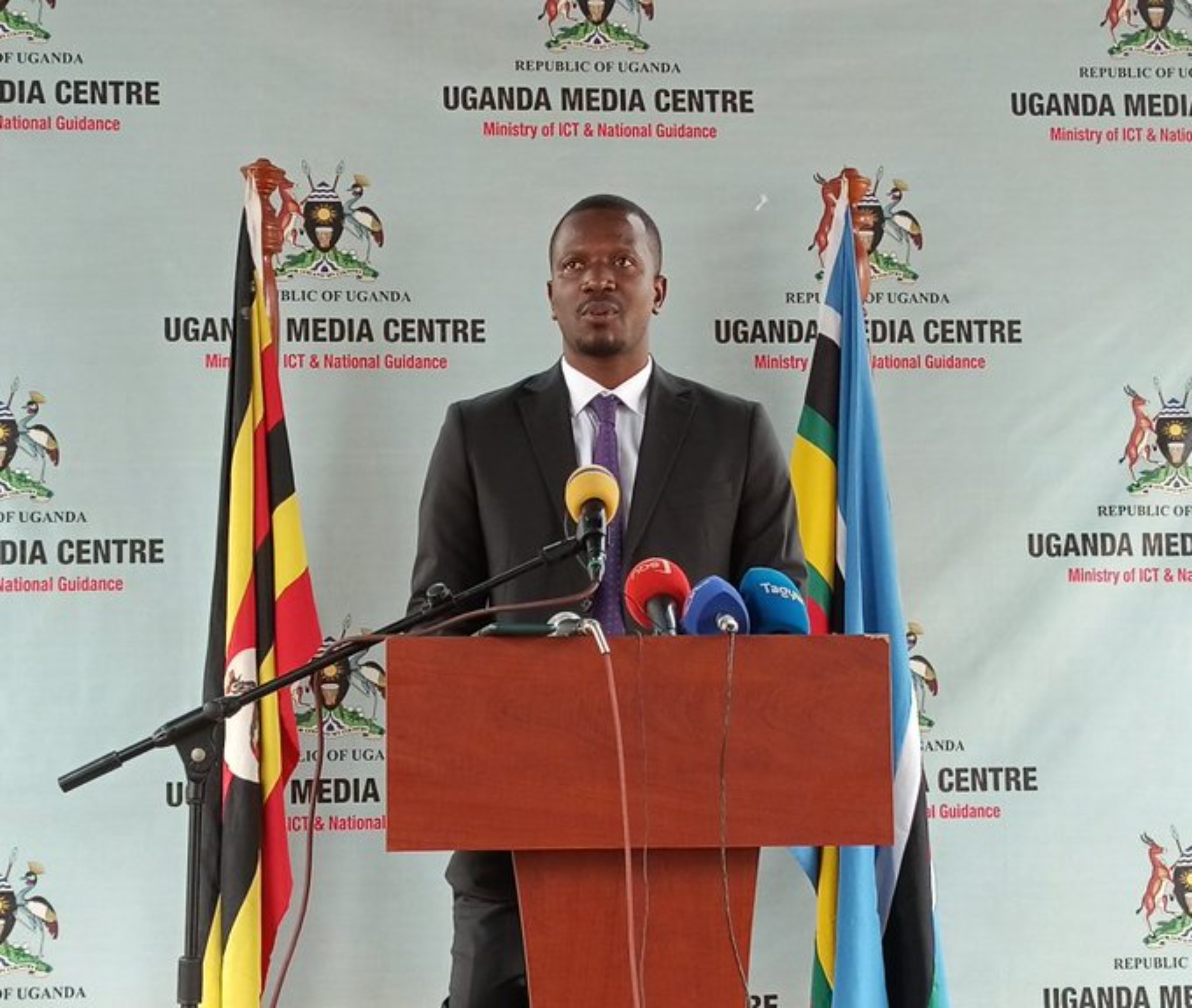 The Kampala Resident City Commissioner, RCC Hudu Hussein has released measures aimed at what he terms as making Kampala a much more habitable, secure, and admirable City.

Hudu announced the 7 Points of Action for Kampala during a press conference at Uganda Media Centre on Tuesday.

He noted that under the new measures, the Shop owners, arcade owners, and/ or Managers, and business owners in the city centre shall be left with the duty to keep the street vendors off the verandas of their buildings.

The RCC explained that Police and other security agencies, including the KCCA enforcement team, are doing a commendable job of keeping the vendors and hawkers off the streets, but that these may leave the streets maybe after a year or two.

“It has been alleged that some of the street vendors and hawkers pay money to shop owners and Managers of buildings to sell on their verandas. Any shop and/ or building owner whose shop/building veranda is used for vending will pay a hefty fine and have their shop closed. Secondly, the enforcement officer whose area of operation is found to have street vendors shall be suspended or dismissed and another one put in his place. At least you the people also see that the city is far better organized and secure without street vendors,” the RCC warned.

He added that there are stalls still available in Usafi waiting for vendors to occupy and that Haruna Seggawa has availed over 300 stalls in his Market for vendors with a discount of 6 months of non-payment.

Hudu also told the media that Kampala is a DARK city, with most of its streets and roads dark. “Malls all dark. The arcades are dark; the major tall buildings are dark. The Kampala Northern bypass is dark. The Entebbe Express Highway is dark. The flyovers ate dark, Look at the major buildings in Kampala. Most of these city buildings don’t have outside lights as we see in other major cities,” says Hudu.

He announced that it is the duty of every city dweller to make sure, that the streets and roads and city buildings are not dull and convenient for crime. Therefore, going forward all owners of big and outstanding city buildings in Kampala shall be required to install high power lights and CCTV Cameras on their buildings, and make sure that these lights operate through the night.

“As we may all have observed; the street lights are not sufficient. Buildings like CHAM towers, Uganda House, Mapeera House, Church House, NSSF, NIC building, Mabirizi, MTN, and Airtel buildings, and all other such buildings need to be lit. KCCA shall contact the proprietors of these buildings to ensure that this is done within 3 Months. More importantly, failure to cooperate may result in closure or imposition of fines. There is a reason why this demand- is being placed on a building in Kampala and not in Mukono or any other Ugandan District/City,” he added.

The RCC called upon the Executive Directors of KCCA and UNRA to ensure that Kampala streets and roads are well lit.

The RCC also revealed that most buildings in Kampala look dilapidated and almost abandoned, yet they host a lot of prospering businesses downtown and accumulate a lot of money from payment of rent but the owners have neglected them.

Meanwhile, every building in the city centre must be named and numbered. There is no building in the city without a plot number. “Why is it that the numbers are not reflected in bold big letters on the building? Therefore, for purposes of organization and order, we require that every building be named and numbered according to the plot number and this should be placed in a conspicuous place in bold and visible tumpecco-like numbers.”

He also announced that all taxis are required to belong and to park only in gazetted stages within the parks. According to Hudu, President Museveni has made sure that the taxi parks are looking good and organized.

“We shall not entertain a city where stages are all-over and at will. Vehicles heading to a particular destination should be parked in a particular place with clear identification and colors. The managers of those stages and the leadership of UTOF in consultation with police, RCCA, and other security operatives shall be responsible for the safety of the customers They shall account for every vehicle that loads from the stage so that we do not have thieves masquerading as taxi operators. Taxis found parled on the streets shall be impounded and the culprits shall pay a hefty fine. All minibusses should also be marked to show their destination and their plate numbers. All this is aimed at ensuring order in the transport sector.”

The RCC told the media that the issue of Boda Bodas is still under review and discussions on an administrative and technical level have commenced. “We thank the Ministry of Works and Transport for leading on this,” he said.

Finally, the City authorities shall engage all the people of Kampala in a drive to Keep Kampala clean and green.

“Cities world over have trees for the good purpose of aeration and also beautification of the city. We are so blessed with amazing weather in Uganda. We hardly need AC. This is not the case in other countries, Other countries are either terribly hot or cold. Let’s use the advantage of our weather to plant trees all over the city and make Kampala even greener,” he argued.

He urged prominent companies, service providers plus businessmen to support this initiative which will be launching very soon after approval.