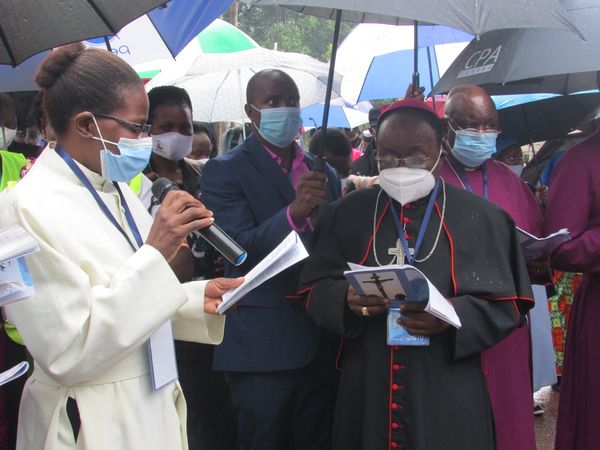 The Archbishop for Kampala Cyprian Kizito Lwanga has died. According to reports, the Archbishop was found dead in his bed.

The Archbishop’s passing was confirmed by Fr. Pius Male Ssentumbwe the Chancellor Archdiocese of Kampala.

“With deep sorrow, I hereby inform you that our beloved Shepherd, the
Archbishop of Kampala Archdiocese, His Grace Dr. Cyprian Kizito
Lwanga has been called to the house of the Lord. The Archbishop was
found dead in his room this morning. We pray that the Almighty and
Merciful God may grant him eternal rest” Fr. Ssentumbwe announced.

He condoled with all Christians especially the clergy,
Religious and Lay faithful of Kampala Archdiocese and the Late
Archbishop’s family.

“May the Almighty God strengthen us all in this
very difficult time. Further arrangements will be communicated later.
Eternal rest grant unto him Oh Lord, and let your perpetual light shine
upon him, and may he rest in peace, Amen!” Fr. Ssentumbwe added.

Lwanga led way of the Cross on Good Friday (yesterday). He is said to have history of diabetes and this could have caused his sudden death.

May his Soul Rest in Eternal Peace.