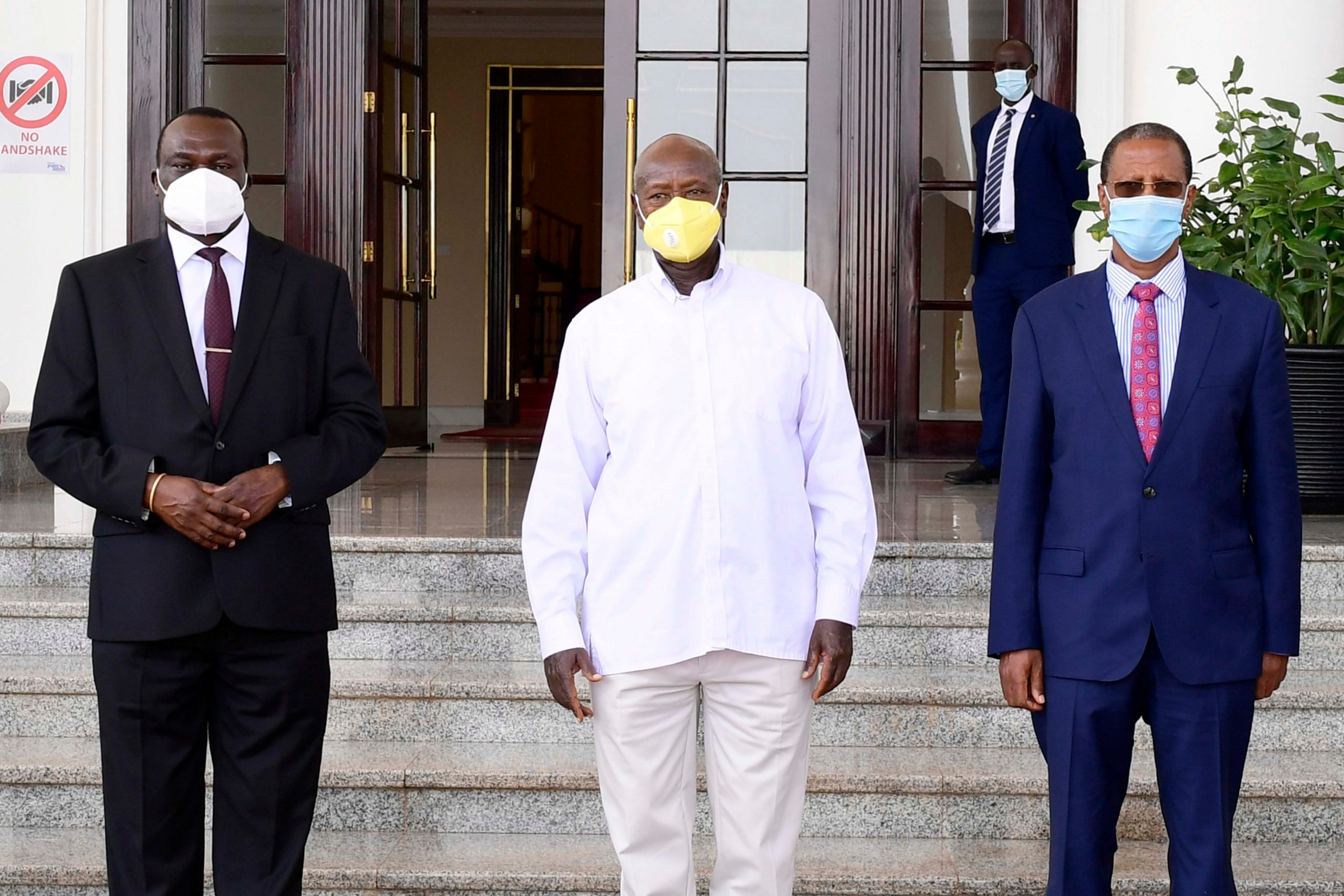 Judiciary leaders have denied allegations that they recently held a secret meeting with the Head of State.

According to reports in media, a police officer has also been arrested for leaking CCTV video footage and photographs of the Judiciary leaders’ motorcade driving into and out of the State House, Entebbe, for the alleged secret meeting.

Whereas we cannot comment about the reported arrest of a police officer for we have no official information to that effect, we would like to clarify that Judiciary’s top leadership never participated in any “secret meeting” with the President” a statement from the judiciary says.

The statement adds that it is public knowledge that Judiciary’s top administration was at State House Entebbe on February 10, 2021, for the swearing-in ceremony of the Hon. Lady Justice Margaret Apiny, a newly appointed Judge of the High Court. And that it is a requirement of the law in Schedule to the Oath Act (Section 2 and 3rd Column) for such a Judicial Oath to be taken before the President or any other person authorized by the President.

“The Chief Justice, Alfonse C. Owiny – Dollo used the occasion to present Judiciary’s Budget estimates for 2021/22 Financial Year to the President as required by the Administration of Judiciary Act, 2020. It is important to note that this was an official ceremony with the full glare of media coverage there was nothing secret about it” Part of the statement reads.

Adding that on February 16, 2021, the Chief Justice Owiny Dollo attended the Janani Luwum Day celebrations at State House Entebbe at the invitation of the Archbishop of the Church of Uganda and that this too was not in secret.

“We condemn such falsehoods being published for whatever reasons” the statement reads.