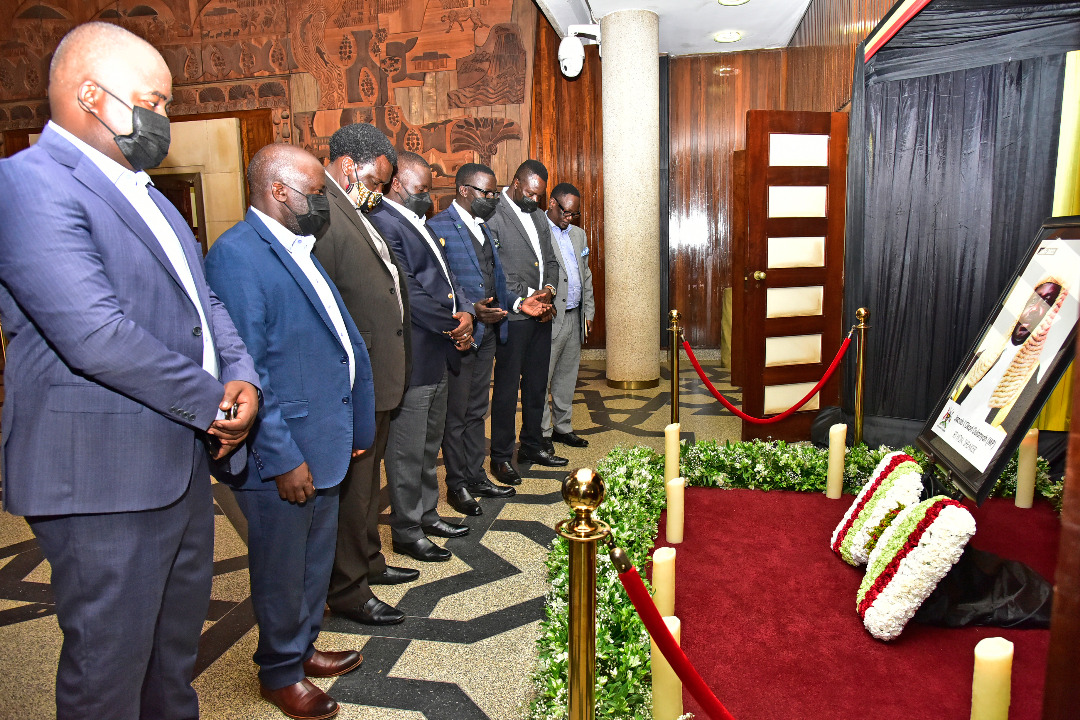 Richard Todwong, the Secretary-General of the ruling National Resistance Movement – NRM and other Secretary Generals of political parties under the Inter-Party Organization for Dialogue –IPOD have urged Ugandans to show dignity and decency when mourning the late Speaker of Parliament Jacob Oulanyah.

The officials made the call at Parliament while paying tribute to the fallen Speaker of Parliament on Tuesday.

While speaking to journalists, Todwong noted that they have paid tribute to the Late Oulanyah because he was a dedicated servant despite belonging to the NRM as National Vice Chairperson, Northern Uganda Chapter.

He also urged Ugandans to mourn Oulanyah with decency and give him the maximum respect that he deserves in death as he deserved in life in order to uphold his legacy as a national leader.

Oulanya’s body will arrive in the country on Friday 1st March, while burial is slated for Friday 8th April.