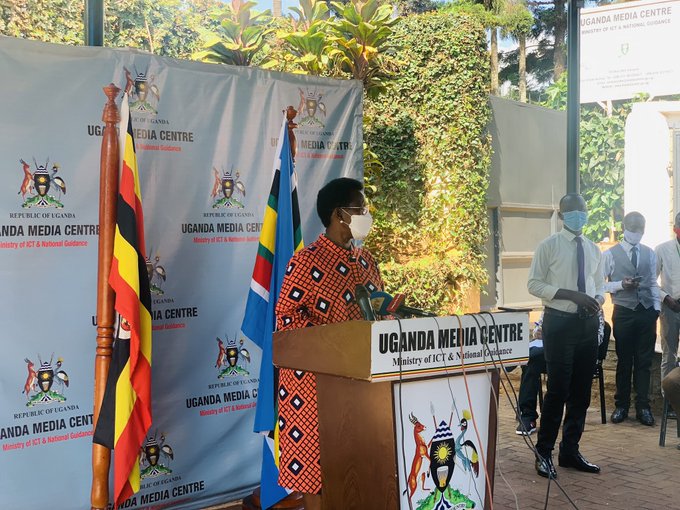 According to Dr. Diana Atwine the Permanent Secretary Ministry of Health, the distribution is part of Government’s move to eliminate Malaria in Uganda by the year 2030.

She told the media in Kampala on Thursday, that His Excellency, the President, Gen. Yoweri Kaguta Museveni will officially launch the distribution of mosquito nets in Kampala and Wakiso Districts on Sunday 10th January 2021 at venue to be communicated.

The Government of Uganda is conducting the third Universal Coverage Campaign for the distribution of Long-Lasting Insecticide treated mosquito Nets (LLINs).

The campaign dubbed ‘Under the Net’ started in August 2020 and will ensure the distribution of 27.5 million LLINs throughout the country. The main objective of this campaign according to Dr. Atwine, is to increase access and ownership of nets in communities across the country.

This campaign is further expected to create a culture of net use and sustain the gains achieved by the previous campaigns which led to a reduction in the Malaria prevalence. She noted that this will also be an opportunity to educate the population on mosquito net use, care, repair and repurposing.

To-date, Government has distributed over twenty million (20,000,000) nets in 122 districts across the country. Following the distribution in Kampala and Wakiso, only 9 districts will be left to receive mosquito nets in February 2021.

A total of over three million (3,000,000) Mosquito nets covering one million two hundred (1,200,000) households will be distributed during the distribution exercise which will take place from Friday, 8th January 2021 to Wednesday 13th January 2021.

“Our teams comprising of the Village Health Team members and Neighborhood watch will come to your household on Friday 08″ and Saturday 09th January, 2021 to register all the members of your household” Dr. Atwine said.